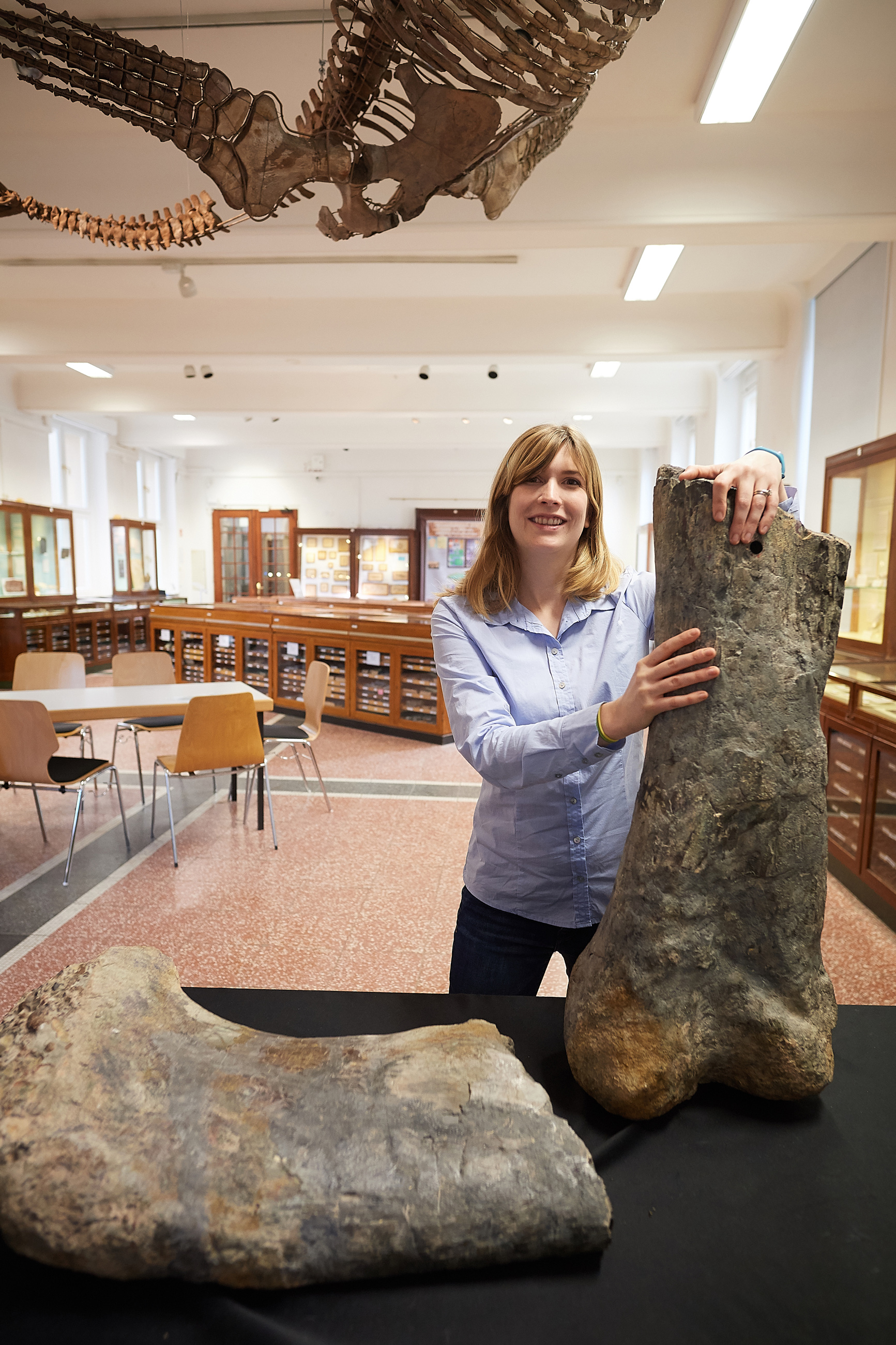 "Many animals show growth lines in their bones while they are growing - similar to annual rings in a tree trunk," reports palaeontologist Jessica Mitchell from the Steinmann Institute of the University of Bonn. However, as bone ages, regular repair procedures are carried out to renew bone. These repair structures in the bone (osteons) are so small that they can only be detected with a microscope.

In adult dinosaurs, the bone is transformed such that the growth lines are completely destroyed. Instead, only the repair structures are visible in the bones, which eventually overlap each other. "We can see several generations of osteons in the bone of animals with advanced age," says Jessica Mitchell. "Our research objective was to investigate whether these repair structures could be used as indicators of age." The research team compared differently sized bones of 79 specimens of several long-necked dinosaurs, representing young to old individuals: the bones of an adolescent have a few repair structures, while bones of an older individual are completely rebuilt.

The researchers are able to roughly estimate whether the animals are young or adult in age. But is it possible to determine a higher age between two adult dinosaurs? This question can be answered by analysing the repair structures. For this, the researchers only need a small sample of the fossilized bone: a drill core is ground and polished until only a small, translucent plate remains. Under a light microscope, the bone plate can be examined and the structures of interest can be measured.

Bone reconstruction in dinosaurs is similar to humans

Despite the size difference, inside, the bones of aging dinosaurs are very similar to those of us humans: the repair processes in dinosaurs, humans and many vertebrate animals follow the same pattern. "This reconstruction process is continually taking place within us and ensures that we have a new skeleton more or less every ten years," emphasizes the palaeontologist. In forensics and anthropology, bones are also examined to determine the age of humans. The bone structure analysis helped determine that “Ötzi” the 5,000-year-old ice man died roughly at the age of 45.

Although bones do not appear to be active organs, such as the heart or lungs, they are much more than just the solid structures inside our body. Bones contain blood vessels that supply nutrients and bone cells that signal to each other that a repair is necessary. The study showed that the number of osteon generations, which have gradually formed during the reconstruction of the bones, gives an important indication as to whether an animal is younger or older in a comparative study.

"With this method an absolute value for age is not yet possible," says Mitchell. Extending the study with more dinosaur bones could further improve the outcome. Another future approach is to compare the bone structures of dinosaurs with living vertebrate animals, the actual age of which can be known. This comparison might also allow for more specific ages for dinosaurs.