‘Of the nine scallop populations studied, only one shows a marked genetic difference from the others and that is the artificially cultivated type,’ reports Joseph I. Hoffman, head of the Molecular Behavioural Ecology research group. New breeds are cultivated in, for example, mesh cages in coastal waters. Now and then, young scallops escape through the mesh and are thereby able to impact on natural populations. Biologists use the term population to describe a group of organisms of one species that live together in one area and are linked together genetically through reproduction over successive generations.

The researchers analysed the genetic architecture of the mollusc populations. ‘Studying the genetic architecture of animal populations helps us to understand which external appearance an organism can adopt – for example, how large a mollusc can become or whether it can develop red streaks on its surface,’ says David Vendrami. The doctoral student has analysed a total of 180 mollusc samples. The Agri-Food and Biosciences Institute in Belfast (Northern Ireland) collected these in February 2015 during an excursion along the Northern Irish Atlantic coast.

The researchers have not just confirmed how breeding affects scallop populations. Their study also confirms that these molluscs adapt their shape and internal colouring very flexibly to conditions in their environment, and that they do this independently of whether they belong to the one cultivated or the eight natural populations. ‘We have tested how far genes relate to appearance. However, that is very probably not the case. It is highly likely that the external characteristics of the molluscs depend on their surroundings,’ says Vendrami. Scientists at Bielefeld also used this study to compare a classical DNA analysis with a new procedure. The classical analysis proceeds by evaluating repeated short DNA sequences (microsatellites) in order to compare samples from different organisms. The modern procedure (RAD sequencing) takes less time to analyse thousands of times more DNA sequences. ‘The new procedure is markedly better at finding differences in the populations than the classical approach,’ says David Vendrami.

In their future research, Hoffman, Vendrami, and their colleagues will be going beyond Northern Ireland and studying samples along the entire Atlantic coast from Norway to Portugal as well as in the Mediterranean. Their aim is to find out how scallops as well as other crustaceans react to different environmental conditions in terms of their growth. For the current study, researchers at Bielefeld cooperated with a series of partners: the University of Cambridge (England), der University of Duisburg-Essen, the British Antarctic Survey research institute (Cambridge), and the Agri-Food and Biosciences Institute in Belfast (Northern Ireland). David Vendrami is a member of the Marie Skłodowska-Curie action ‘Calcium in a Changing Environment’ (CACHE) in which ten doctoral students of different disciplines from all over Europe are studying Europe’s commercially most important molluscs. The action is being funded by the European Union. Marie Skłodowska-Curie actions are part of the European Union’s Framework Programme for Excellent Research and Innovation. 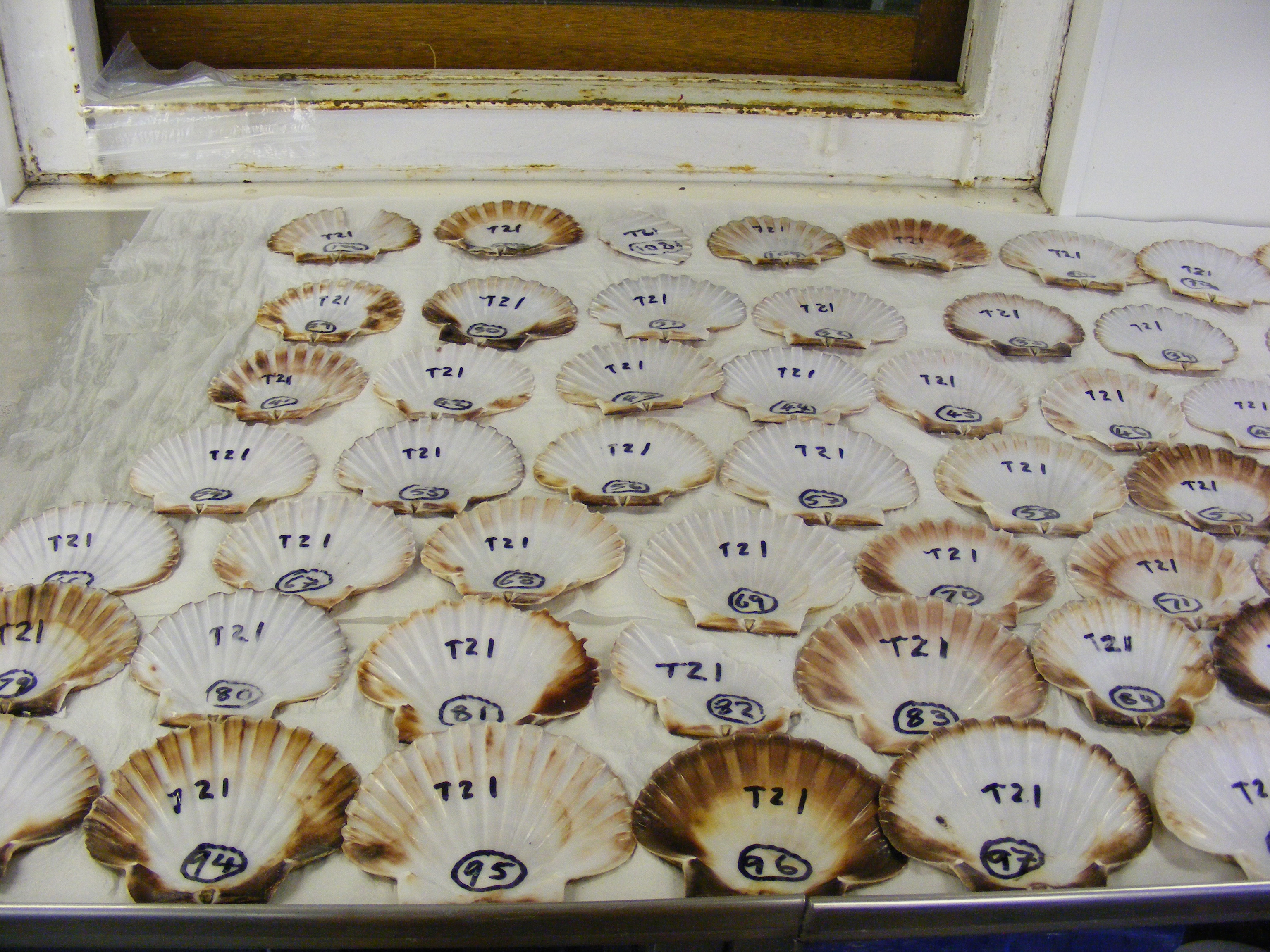 For this study, researchers at Bielefeld analysed the appearance and the genes of 180 scallops from the coast of Northern Ireland. Photo: Agri-Food and Biosciences Institute, Belfast