Prospect for more effective treatment of nerve pain In evidenza 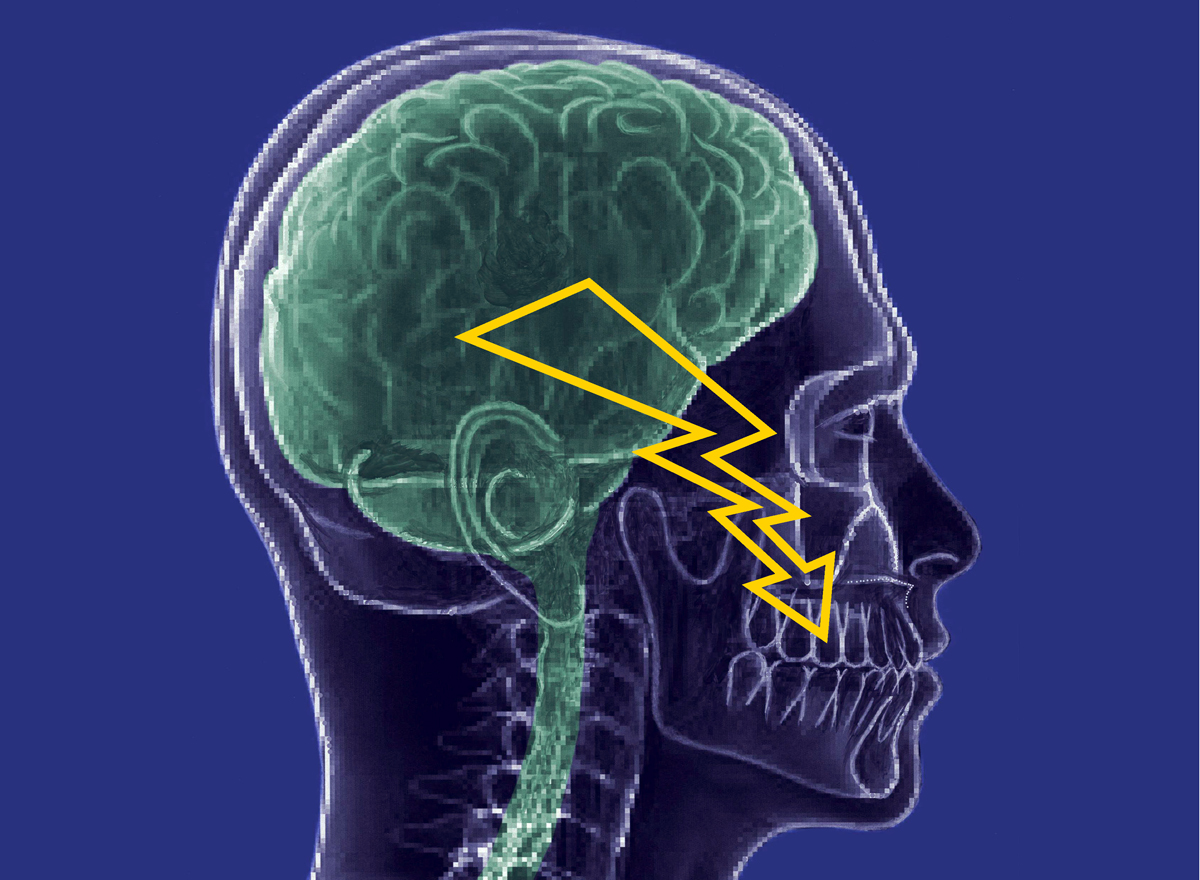 Trigeminal neuralgia: A glimmer of hope for patients – thanks to a newly tested substance. (Picture: Center of Dental Medicine; UZH)

Trigeminal neuralgia is characterized by sharp, lancinating pain in the teeth or facial area. The standard treatment for this chronic nerve pain can cause burdening side effects. A novel substance inhibits the pain effectively and is well tolerated, as documented by the initial results of an international study involving the Center of Dental Medicine at the University of Zurich. The sharp pain shoots to the face or teeth and seriously torments patients. Known as trigeminal neuralgia, it is one of the worst chronic nerve pains. The bouts are triggered by touch, such as shaving, putting on make-up, showering, talking and tooth brushing, or even a gust of wind. The cause is usually an irritation of the trigeminal nerve, the cranial nerve responsible for the sensory innervation of the facial area, parts of the scalp, and the oral cavity.

However, there is now a glimmer of hope for patients: Thanks to a newly tested substance, the pain can be reduced to a tolerable level, as indicated by the promising results of an international phase II study involving the Center of Dental Medicine at the University of Zurich.

Pain signals reach the brain via the activation of sodium channels located in the membranes of nerve cells. The sodium channel “1.7” is frequently expressed on pain-conducting nerves and higher pain intensity is linked to higher channel activity. Blocking this sodium channel – e.g. by a local anesthetic – inhibits the pain. In trigeminal neuralgia, the nerve damage is presumed to be at the base of the skull. However, this region is hard to reach by local injections and therefore requires drug treatment.

The novel substance BIIB074 which was tested in this phase II study inhibits the sodium channel 1.7 state-dependent, meaning: The more active this sodium channel gets, the stronger it is blocked by BIIB074. By contrast, currently available medications block the sodium channel 1.7 irrespective of the nerve activity, which commonly results in burdening side effects. “Unlike conventional drugs, which often cause tiredness and concentration problems, BIIB074 was not only effective; but also very well tolerated,” explains Dominik Ettlin, a dental specialist from UZH. “We will now test the new substance in a lot more subjects during the next study phase, which will reveal whether the new hope for more effective pain relief is justified,” he concludes.