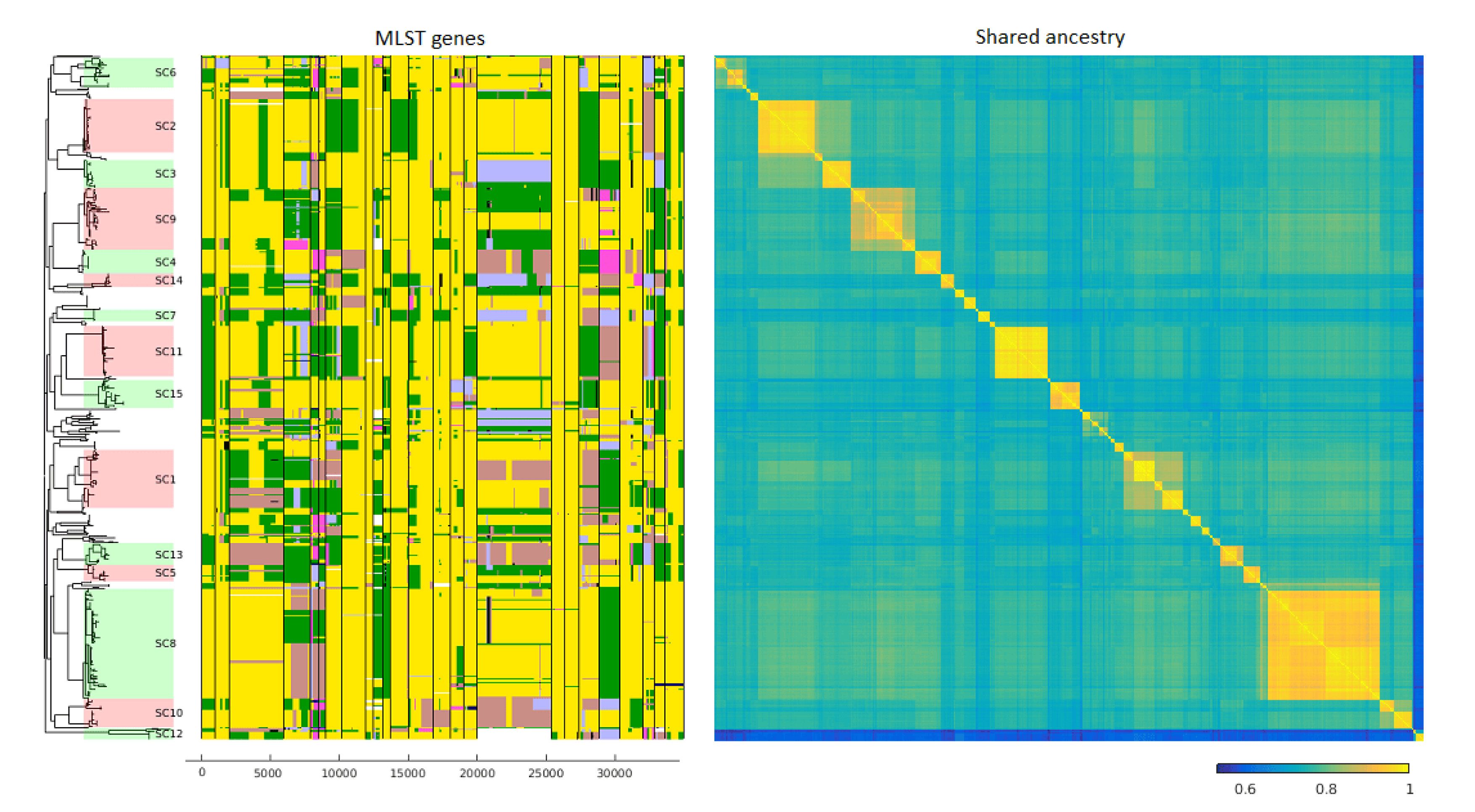 Mosaic pneumococcal population structure caused by horizontal gene transfer is shown on the left for a subset of genes. Matrix on the right shows a genome-wide summary of the relationships between the bacteria, ranging from blue (distant) to yellow (closely related). Photo: Pekka Marttinen

Gene transfers are particularly common in the antibiotic-resistance genes of Streptococcus pneumoniae bacteria.

When mammals breed, the genome of the offspring is a combination of the parents' genomes. Bacteria, by contrast, reproduce through cell division. In theory, this means that the genomes of the offspring are copies of the parent genome. However, the process is not quite as straightforward as this due to horizontal gene transfer through which bacteria can transfer fragments of their genome to each other. As a result of this phenomenon, the genome of an individual bacterium can be a combination of genes from several different donors. Some of the genome fragments may even originate from completely different species.

In a recent study combining machine learning and bioinformatics, a new computational method was developed for modelling gene transfers between different lineages of a bacterial population or even between entirely different bacterial species. The method was used to analyse a collection of 616 whole-genomes of a recombinogenic pathogen Streptococcus pneumoniae.

The usefulness of a gene affects its transfer rate

In the study, several individual genes in which gene transfers were considered particularly common were identified. These genes also included genes causing resistance to antibiotics. ‘In the case of antibiotic-resistance genes, the number of gene transfers may be related to how useful these genes are to bacteria and to the resulting selection pressure’, says Academy Research Fellow Pekka Marttinen from the Aalto University Department of Computer Science. ‘The study will not provide a direct solution to antibiotic resistance because this would require a profound understanding of how the resistance occurs and spreads. Nevertheless, knowing the extent to which gene transfer occurs between different species and lineages can help in improving this understanding’, he explains.

Molecular Biology and Evolution published the results in February.