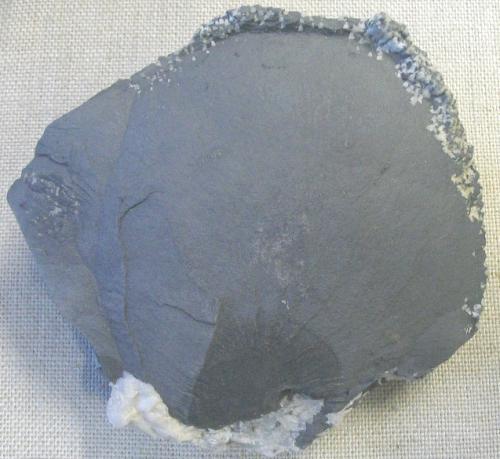 A large sample of native arsenic.

A team of researchers affiliated with several institutions in Chile has found that some people living in a part of the Atacama Desert have evolved over time for survival despite drinking water that contains 100 times the suggested maximum safe limit of arsenic as set by the World Health Organization. In their paper published in the American Journal of Physical Anthropology, the team describes a genetic study they conducted of the people in the area and what they found.

Native people living in a part of the Atacama Desert in Chile (in a place known as the Quebrada Camarones, where it is drier than any other non-polar spot on the planet) are descended from settlers that moved into the area approximately 7,000 years ago. Those early settlers faced serious health problems due to very high concentrations of arsenic in the only water available. The researchers with this new effort suggest that many such settlers likely perished before they could produce offspring, leaving those that were more physically suited to dealing with the toxic metalloid to keep the population going.

To find out how the modern people there are able to drink water that would seriously harm other people, the researchers collected blood from 150 of the local residents and subjected the samples to genetic testing. In particular, the researchers looked for variants of an enzyme called AS3MT—prior research has shown that people with such variants are better able to tolerate arsenic. The team reports that approximately 68 percent of the people they tested had such a variant. AS3MT breaks arsenic down into two compounds: monomethylarsonic acid and dimethylarsinic acid. Those with the stronger gene variant produce more of the latter.

The researchers note that their results show that AS3MT variants are only part of the answer; 32 percent of those tested did not have the variant, which suggests there is some other factor at play. The next step, they suggest will be to sequence the whole chromosomal region around the variant that has been found to see if there are others that might be providing some sort of unknown resistance.