Observations of an aeolian landscape: From surface to orbit in Gale Crater In evidenza 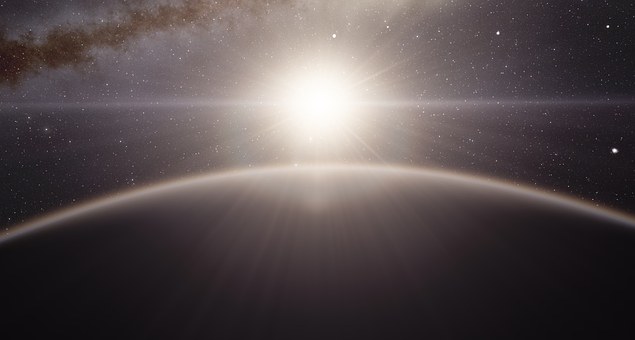 Landscapes derived solely from aeolian processes are rare on Earth because of the dominance of subaqueous processes. In contrast, aeolian-derived landscapes should typify Mars because of the absence of liquid water, the long exposure times of surfaces, and the presence of wind as the default geomorphic agent. Using the full range of available orbital and Mars Science Laboratory rover Curiosity images, wind-formed features in Gale Crater were cataloged and analyzed in order to characterize the aeolian landscape and to derive the evolution of the crater wind regime over time. Inferred wind directions show a dominance of regional northerly winds over geologic time-scales, but a dominance of topography-driven katabatic winds in modern times.

Landscape in Gale Crater show a preponderance of aeolian features at all spatial scales. Interpreted processes forming these features include first-cycle aeolian abrasion of bedrock, pervasive deflation, organization of available sand into bedforms, abundant cratering, and gravity-driven wasting, all of which occur over a background of slow physical weathering. The observed landscapes are proposed to represent a spectrum of progressive surface denudation from fractured bedrock, to retreating bedrock-capped mesas, to remnant hills capped by bedrock rubble, to desert pavement plains. This model of landscape evolution provides the mechanism by which northerly winds acting over ∼3 Ga excavated tens of thousands of cubic kilometers of material from the once sediment-filled crater, thus carving the intra-crater moat and exhuming Mount Sharp (Aeolis Mons). The current crater surface is relatively sand-starved, indicating that potential sediment deflation from the crater is greater than sediment production, and that most exhumation of Mount Sharp occurred in the ancient geologic past.