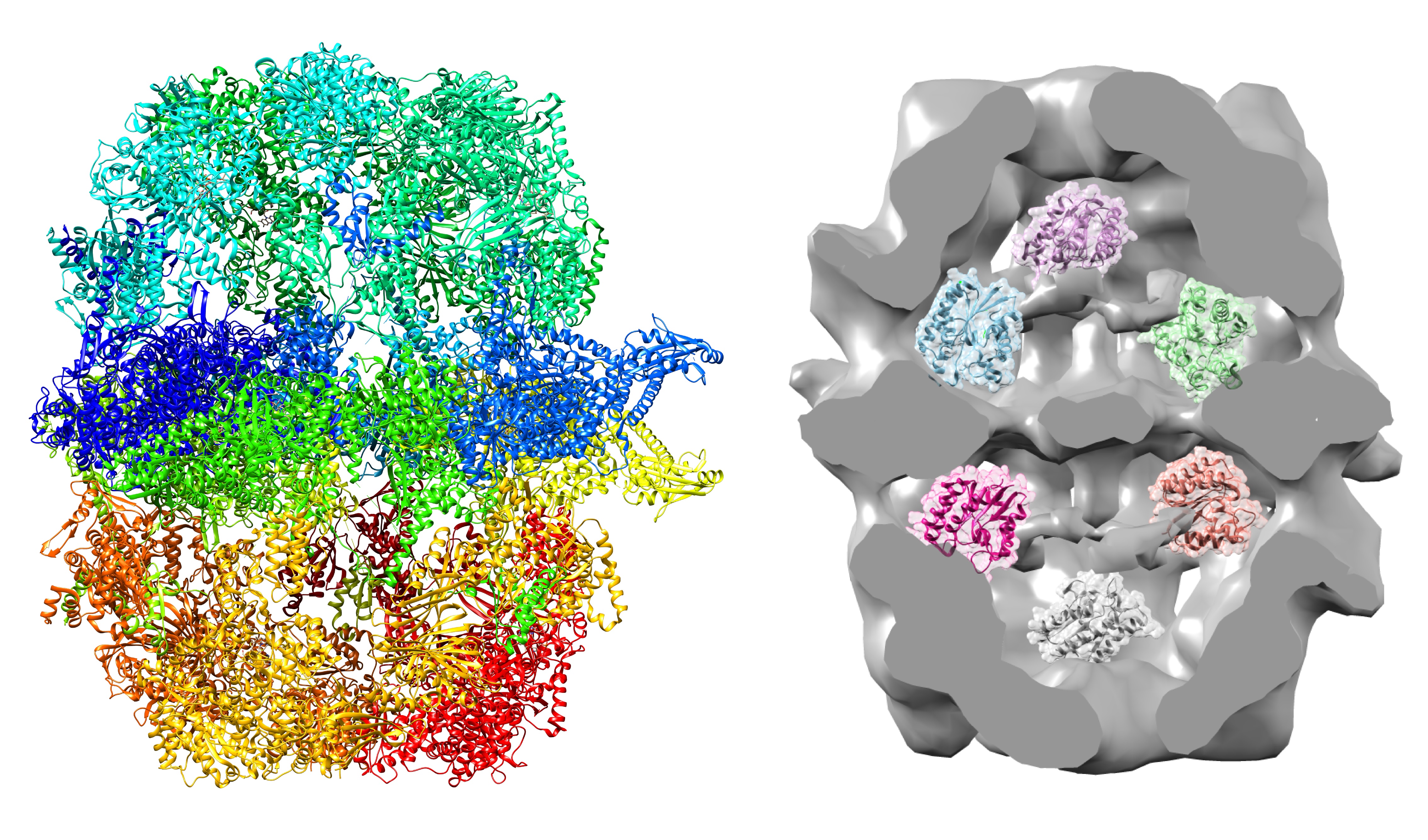 The structure of the FAS enzyme (left), and foreign enzymes embedded into the chambers of FAS (right).

There have been many attempts to modify this stubborn little enzyme, but none have succeeded. Until now. With new findings from Chalmers University of Technology, the fatty acid synthase (FAS) enzyme has started to produce sustainable chemicals for biofuels. The results were recently published in the journal Nature Chemical Biology. We are in great need of sustainable and clean alternatives to oil-derived products. One of the choices at hand is to produce chemicals and biofuels from sustainable biomass. To do this, a research team at Chalmers University of Technology is hard at work trying to design yeast cell factories that can actually produce the chemicals we need in a sustainable way. The group has now had a major breakthrough, having developed a novel method of modifying the fatty acid synthase (FAS) enzyme so that it can create new products.

“This enzyme normally synthesizes long chain fatty acids, but we have now modified it to synthesize medium chain fatty acids and methyl ketones – chemicals that are components in currently used transportation fuels”, says Zhiwei Zhu, post-doc and first author of the study. “In other words: We are now able to produce petrol and jet fuel alternatives in yeast cell factories, and this has never been done before.” The important enzyme was first described by Nobel Prize winner Feodor Lynen, and many researchers have tried to modify it in recent years. But it seemed very hard, or close to impossible – until now.

“We did not expect this. Actually, it was thought by the scientific community that this rigid enzyme was not readily amenable to manipulation”, says Zhiwei Zhu. The findings are in fact a result of a lucky break. A few years ago, the researchers occasionally found a fatty acid synthase which had two acyl carrier protein domains. “We first tried to change this fatty acid synthase by replacing one of its acyl carrier protein domains with a foreign enzyme to modify its properties and, surprisingly, it worked. Then we implemented such modification in other fungal fatty acid synthases and found this approach versatile.” The researchers are now focusing on using the modified enzyme to build yeast cell factories for production of chemicals and fuels from glucose. An invention patent has been applied for, and the company Biopetrolia – a spin-off from Chalmers University of Technology – is closely involved in trying to further develop the technique to make it economically viable.

But as a scientist, Zhiwei Zhu also has a long-term goal of his own:

“I am interested in deeply revealing the biochemical and structural basis of this novel modification in fungal fatty acid synthase.”