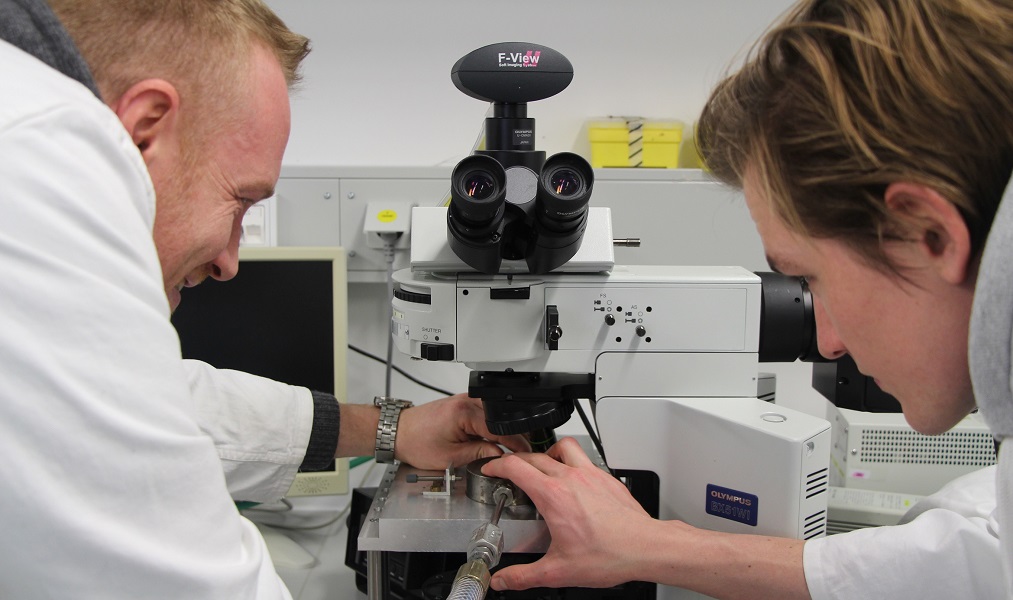 Combining high pressure and temperature for food processing could produce high quality products that stay fresh for weeks. But can it safely tackle deadly food borne illnesses such as botulism? Food borne botulism is a rare, but potentially fatal disease. According to the World Health Organisation the toxins that cause the illness are some of the most lethal substances known. Patients die in 5% to 10% . We spoke to Rudi Vogel, a microbiologist and food technology researcher at the Technical University of Munich, about a new technique, which he has recently tested on the bacteria that cause botulism. He is collaborating with the European HIPSTER project, which is developing a new food processing technology that combines high pressure with temperature to produce high quality, safe food products with a long shelf life.

First of all, botulism is rare, there are only a few cases and the current industrial processes are safe. It is mainly a problem when someone prepares food at home and they don't handle it properly. Everybody talks about Clostridium botulinum as if it is one species, but this is not true. C. botulinum is a complex of at least three different species. Some of them grow in the cold and some grow in the warm. The ones that grow in the warm make very tolerant endospores. You need a lot of heat, or other treatment, to inactivate them. But they cannot grow in the cold, so if you keep the food cold they Those that can grow in the cold and are relevant for refrigerated food are easy to kill with heat, because they are not heat tolerant. The toxin is produced by the living, growing, dividing bacterium. If C. botulinum does not grow it will not produce toxins.

What are the endospores?

If the bacterium feels bad it makes an endospore to survive. The endospore is inactive. It is not living and it is not dangerous for adults. But if the conditions are right it will return to being a living cell, start growing and making toxins. The endospore is very tolerant to any heat or pressure, while the bacteria cell can easily be inactivated. So, for the HIPSTER project we are talking about killing the endospores.

What foods are particularly bad for growing C. botulinum?

The one type that likes and can grow in the cold is normally associated with marine animals, seafood, for example shrimp, fish that dig in the mud and mussels, because the bacteria live in the mud on the seabed. The types that like it warm can be anywhere in the soil. So vegetables and meat can be contaminated. The contamination rates are very low, but it is possible and we have to take care of it because it is a deadly disease.

How can someone tell if their food is contaminated?

The food will change, but only if the numbers are above a million or so per gram, which is a lot and you will already have enough toxin to kill you. So before you really have a detrimental smell it is toxic. What are the symptoms of botulism poisoning? Botulism affects motor neurons. They are not functional anymore and you cannot make any muscle contractions. You need not die, it depends on the amount of toxin you consume. The first symptoms are problems talking and problems getting a sharp picture with your eyes. Muscle contractions in your eye make the pupils bigger or smaller – if you look into bright lights the pupil becomes very small, if you are in the dark it opens to let more light in. The ring muscle that controls this is very sensitive, so you see a reaction there first. Then of course people start being unable to move and finally if the muscles of the heart or the respiratory system stop contracting you die.

If current food safety standards are good for preventing botulism why look at in the HIPSTER trials? Why is a new process necessary?

Yes, incidents are low because the heat processes are well established and we know the parameters. The problem for some food is that if you do such strong heat treatment – 120°C for 20 minutes – then you have an absolutely safe food, but it doesn't look so nice, it doesn't smell nice. Imagine you had such a heat-treated piece of salmon, it is not something someone would buy. One of the major improvements we believe that we can make is not exactly further improving food safety – this would be nice but it is not required – but reducing the heat input, the thermal load. So you have the same level of safety, with a nicer, fresher, more acceptable look and finish for the more sensitive foods. You can reduce the thermal load if in addition to the temperature you use pressure. If you only use pressure at room temperature, so a kind of low temperature cooking, things look fresh and they have a reduced microbial load, but it is not enough to kill the endospores. You have to combine pressure with elevated temperature, but the temperature treatment can be shorter or at a lower temperature.

What were the main results of the trial?

What I can generally say is yes, we can reduce the thermal load and still achieve the same reduction of endospores. What we normally do in an experimental setting is add 107 – ten million – endospores per gram of model food, do the treatment and then determine how many die.

What kind of time frames are we talking about?

Now if you want to make shelf stable food you need 120°C for 20 minutes, if you go a little bit lower and you tolerate some rare spoilage events – say you do not transport your can to a warm country – then you can say 120°C for 5 minutes is the standard industrial process. I think if we combine temperature with pressure we can reduce it to a minute and even have lower temperatures.

Twitter
Tweet
Altro in questa categoria: « Looking for signs of the Big Bang in the desert Mystery of how sperm swim revealed in mathematical formula »

La Malia site, a window onto the Up...