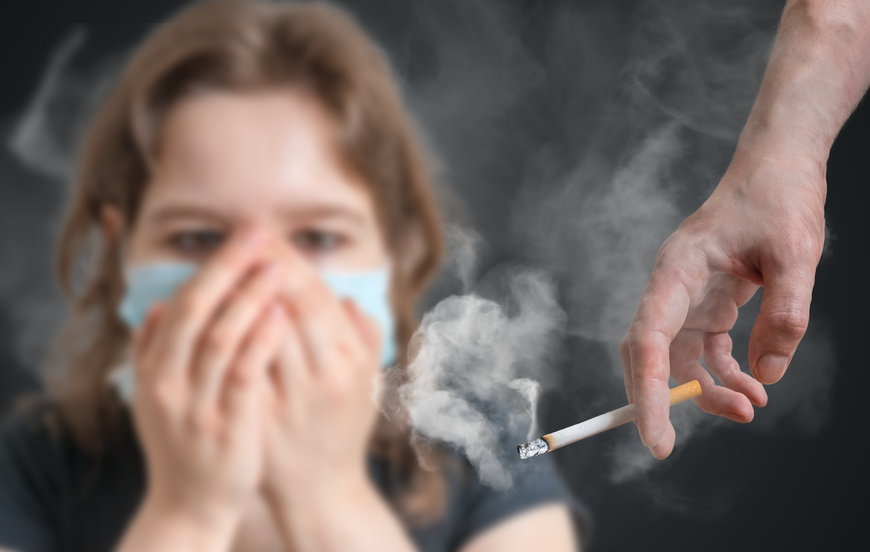 In Austria alone, two or three people a day die as a result of passive smoking.

The World Health Organisation (WHO) estimates that every year 600,000 deaths are caused by passive smoking worldwide and, in Austria alone, two or three people a day die as a result of passive smoking. In a study recently published in "Scientific Reports", researchers from MedUni Vienna and the Messerli Research Institute have, for the first time, identified the organic compound acrolein (acrylic aldehyde) as one of the main causes of failure of the immune defence to tumours due to passive smoking.

When people smoke, acrolein is released into the atmosphere via the so-called sidestream smoke. "Anyone who has ever sat in a smoky pub has breathed it in – but what worries us more is long-term professional exposure in smoking establishments, as well as the exposure of children and family members in the home of smokers or in the car, where domestic pets are frequently also exposed," say lead investigator Erika Jensen-Jarolim and lead author Franziska Roth-Walter from MedUni Vienna's Institute of Pathophysiology and Allergy Research and from the joint Messerli Research Institute founded together with the University of Veterinary Medicine, Vienna and the University of Vienna.

Acrolein is toxic and damages genetic material. However, it also inhibits our natural immune response via the regulatory T cells, thus accelerating tumour growth. Up until now we did not know that acrolein can suppress the immune response – not only during smoking or passive smoking but also afterwards. However, acrolein is not only produced by smoking but also when vegetable or animal fats are overheated, for example during cooking or deep-frying. Burning of printing inks, biodiesel or wax also releases acrolein. This is the reason for the typical acrolein smell directly after a candle has been snuffed out. Says Jensen-Jarolim: "Inhalation is not the only relevant incorporation pathway. Acrolein can stick to anything, such as dinner plates, clothing or curtains and so can be incorporated much later on, via the skin, for example. It is therefore particularly important to protect children and pregnant women, especially in the domestic situation – and this can only be done by completely eliminating any contact with cigarette smoke or its residues."

In the animal model, the researchers were able to identify a very slight beneficial effect of acrolein on the immune system: because it suppresses the immune response, smokers are much less susceptible to allergies. For this reason, the study refers to acrolein as being "Janus-faced ", that is to say a substance with two quite different faces.