Identification of Protein Crucial to Lymphatic System Development In evidenza 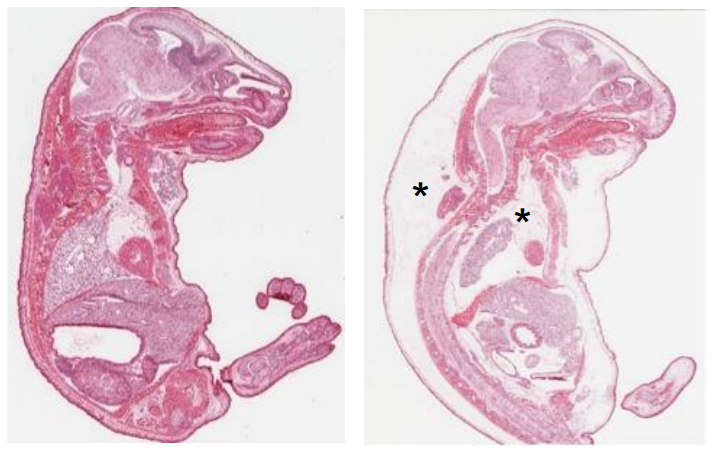 Lymphatic vessels form a circulatory system that plays an important role in controlling the amount of fluid in tissues, and allowing the immune system to identify and target threats. When the lymphatic system malfunctions, fluid accumulates in tissues, producing a condition known as edema. This can be fatal; for example, lung edema can cause respiratory arrest. The molecular mechanisms underlying lymphatic system development are not fully understood, with particular uncertainty surrounding the later stages of development, in which the primitive system is remodeled to produce a mature, functional lymphatic vasculature.

Osaka University-led Japanese researchers have now identified a protein that is crucial for this lymphatic system remodeling and maturation. Polydom is a large protein known to interact with the receptor integrin α9β1, and is found in the extracellular matrix surrounding and supporting cells. The research team found that mice genetically engineered to lack Polydom died immediately after birth because they had lung edema, which prevented them from breathing. Further investigation revealed that a primitive lymphatic system developed in these mice, but branching vessels failed to grow and the mature vasculature did not form, leading to fluid accumulation in tissues. Genetically engineered zebrafish lacking Polydom also exhibited a failure of lymph vessel development.

The team then explored the location of Polydom in mice, and found that the protein associates with lymphatic vessels throughout embryonic development. “However, we were interested to find that Polydom was not actually produced by the endothelial cells that line the vessels, but by the surrounding mesenchymal cells,” corresponding author Kiyotoshi Sekiguchi says. “It is starting to become clear that factors secreted by mesenchymal cells are vital to early lymphatic development, but we have shown for the first time that the secreted mesenchymal factor Polydom is necessary for the later remodeling stage of development.” To explore the possible mechanisms underlying the effect of Polydom, the team investigated a range of signaling molecules known to be involved in lymphatic development. Foxc2 is a protein known to switch on genes involved in the later stages of lymphatic vascular remodeling. 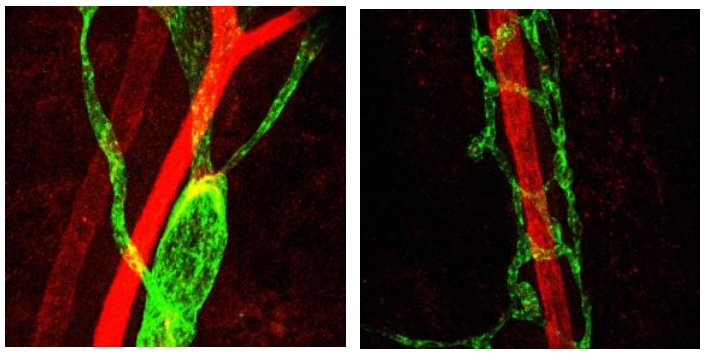 “We found that levels of Foxc2 were significantly reduced in mice lacking Polydom” Sekiguchi says. “This pointed us toward the Angiopoietin-2–Tie1/Tie2 signaling pathway, which is known to be involved in lymphatic vasculature maturation. Our findings suggest that Polydom acts by promoting signaling by this pathway, rather than by effects on its previously identified receptor integrin α9β1.”