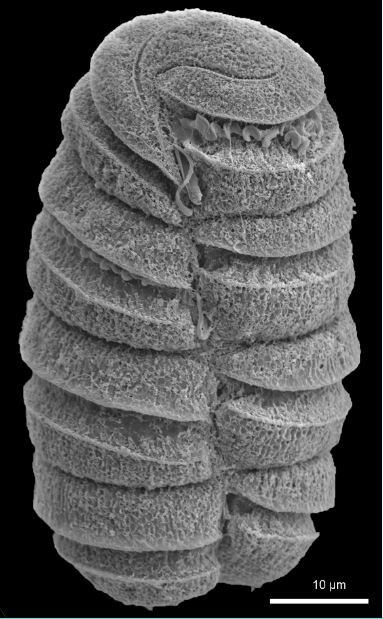 Researchers have obtained an unprecedented view of the ‘ballistic’ weaponry of planktonic microbes, including one that can fire projectiles as if wielding a Gatling gun. “We think of plankton as the tiny alphabet soup of the ocean, floating around passively while larger organisms eat it,” says biologist Gregory Gavelis, who lead the study while a researcher at the University of British Columbia (UBC). “But some planktonic microbes, like dinoflagellates, are predators and have developed incredible defensive and prey capture mechanisms.” Until now, how dinoflagellates acquired and fired these projectiles, called extrusomes, was unclear. Gavelis and colleagues studied two types of dinoflagellates: Polykrikos kofoidii and Nematodinium sp. They were able to capture the first 3D views of the microbes’ interior and determined Polykrikos launch a harpoon-like structure to snag their prey, then tow it in. Nematodinium, on the other hand, discharge the contents within a ring of capsules, like a Gatling gun.

“Nematodinium has the most sophisticated extrusomes we’ve seen so far,” says UBC zoologist Brian Leander, senior author on the paper published in Science Advances. The researchers also found new evidence for the evolutionary origins of these extrusomes. They analyzed the DNA of the dinoflagellates to determine if their ballistic mechanism was similar to the stinging organelles (nematocysts) of cnidarians, such as the jellyfish. They concluded that’s not the case. “This is a very exciting example of convergent evolution over a vast distance across the tree of life,” Leander explains. “The stinging nematocysts of cnidarians closely resemble those of dinoflagellates, but the ballistic mechanisms are different and they don’t appear to share any genes.” Further research would look at more species of dinoflagellates with extrusomes, attempting to obtain a better understanding of their diversity and evolutionary history. “People hadn’t been able to figure out how these dinoflagellates attack their prey because their ballistic mechanisms are so unexpectedly complex” says Gavelis, now at Arizona State University Tempe. “The ballistic organelles look like some kind of alien device.”