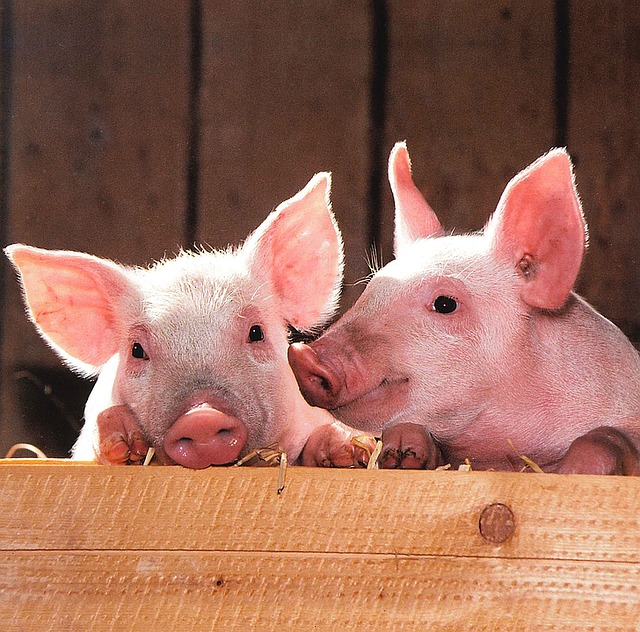 Pork producers are doing the right things to manage for lean and quality meat.

What happens when meat scientists get their hands on nearly 8,000 commercially raised pigs? They spend a year running dozens of tests and crunching numbers to arrive at research-backed management recommendations for pork producers.  “We had an opportunity to answer a lot of questions for the pork industry,” says Dustin Boler, assistant professor in the animal sciences department at the University of Illinois. Anna Dilger, an associate professor in the department, explains their approach. “The two main questions were, ‘Can I measure quality in one part of the pig and predict quality in the rest of it?’ And then, ‘What is the true variability in pork quality out there and what’s causing it?’”

The team, which also included U of I graduate students, USDA meat science researchers, and a representative from Smithfield Foods, recently published their findings in five articles. In the first article, the team looked at correlations between loin quality and quality of the belly and ham from the same pig. In this case, quality was defined mostly by color and tenderness. “Color is what drives whether or not a consumer purchases a particular pork chop. It translates into what we think of as purchase intent. Color is always number one,” Boler says. “After that, we look at whether a product is tender. If it is tender enough, we think that will translate into a repeat purchase.” Unfortunately, the team found no correlation between loin quality and the quality of other cuts. “Just because a loin has desirable color and is tender doesn’t mean the same animal is going to produce a good belly for bacon or a great ham for a special dinner. It didn’t. Hypothesis one: scratched,” Boler reports.

The remainder of the articles focused on understanding the variability in pork products – how much variability exists, and where it comes from. For example, one of the articles focused on barrows (castrated male pigs) and gilts (young, prebred female pigs). “We know barrows and gilts are different, but we wanted to know if they differ in how variable they are, or if one produces a more consistent product,” Dilger explains. “You can deal with differences. It’s harder to deal with variability.” Traits associated with fatness, such as marbling, were more variable in barrows than in gilts, but the sexes varied to approximately the same degree in terms of muscling and lean quality. Based on these results, Dilger says that barrows and gilts probably do not need to be managed differently unless producers are targeting a very specific branded product. In another article, the researchers admit they had to channel their inner statistics geeks. They looked at every possible aspect of pork quality and tried to pinpoint the major sources of variability in the dataset, from season, production focus, marketing group, and sex to variation within individual animals. In the end, those individual differences accounted for the largest portion of the variability. “A lot of factors turn a pig into pork,” Boler notes. “In the pig’s journey from the farm to his ultimate fate, a lot of things happen. Whether he got in an argument with other pigs on the truck, whether he had to walk a long or a short distance, how much rest he was given at the plant, what kind of experience he had during termination, how that carcass was cooled. All these things can independently influence the products derived from that pig.” Finding that the majority of the variability was within individual pigs and not in any particular management practice is good news for producers. “It means the things they’re doing to deal with the variability in their environment are just fine. They don’t need to stop doing any of those things,” Dilger says. “There are things in the industry that get picked on. One of those is pigs raised in the summer. People think, ‘Ah, they’re so bad, so slow.’ But no, they’re fine. Gilts get blamed for a lot of things, too, but in the end, they’re fine. We’re not going to get rid of young female pigs or the summer. I believe we’re stuck with those. Understanding the variability and differences allows you to better manage the system.”

The articles discussed here, “Pork loin quality is not indicative of fresh belly or fresh and cured ham quality,” “Comparison of variability in pork carcass composition and quality between barrows and gilts,” and “Characterization of variability in pork carcass composition and primal quality,” are published in the Journal of Animal Science. Two additional articles resulting from the project are also published in the journal. The project was funded by The National Pork Board.