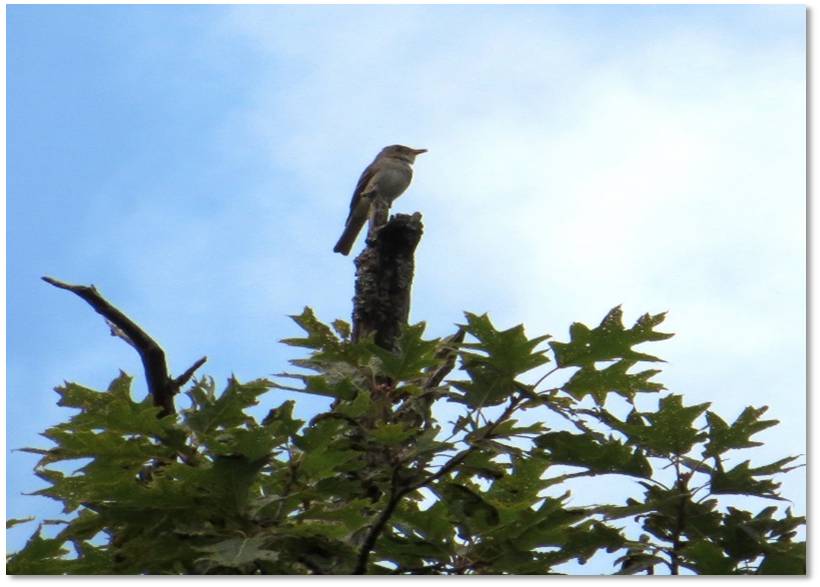 Birds sing differently in response to traffic noise, which potentially affects their ability to attract mates and defend their territory, according to research published in Bioacoustics. The study found that a species of North American flycatcher sings shorter songs at a lower range of frequencies in response to traffic noise levels. The researchers suggest traffic noise reduction, for example through road closures, is a viable option for mitigating this effect. Dr. Katherine Gentry of George Mason University, Virginia, USA and colleagues studied the song of the Eastern wood pewee (Contopus virens) in three parks within the greater Washington, D.C. area. Songs were recorded at sites where the traffic pattern of the nearest road was either relatively constant or reduced on a weekly basis during a 36 hour road closure.

The bandwidth, duration, and maximum, peak and minimum frequencies of the birdsong was measured and analysed, together with low frequency traffic noise amplitude within 20 seconds of each song, and full-spectrum background noise levels. The researchers found that the birds immediately responded to fluctuations in traffic noise by adjusting the length and frequencies of their song in order to improve its transmission. When roads were closed, songs returned to their natural state with broader bandwidth, lower minimum frequencies and longer duration. Although making adjustments helps get songs across when traffic noise increases, birds hearing the altered calls might not respond as strongly to them, thus reducing the abilities of males that adjust their songs to attract a mate and defend a territory. By offering relief from traffic noise, temporary road closures provide birds with the opportunity to sing the version of their song that optimizes vocal performance, mate attraction and territorial defence.

While a uniform reduction in traffic noise is ideal, road closures are helpful and could form part of an effective conservation strategy, the authors say. This could help halt the decline of the Eastern wood pewee, whose numbers in the Washington D.C. area have reportedly fallen by over 50% in less than 70 years, and could also have a beneficial effect on other species capable of adjusting their signals on the fly. The study’s lead author, Dr. Gentry said: “We found that Eastern wood pewees modified their songs to optimize transmission depending on traffic noise levels. The results confirm that temporary measures to reduce traffic noise, such as weekend road closures, can benefit animals and is a feasible and effective option for managing traffic noise.”

Ipotesi vulcanica per i ‘terreni ca...