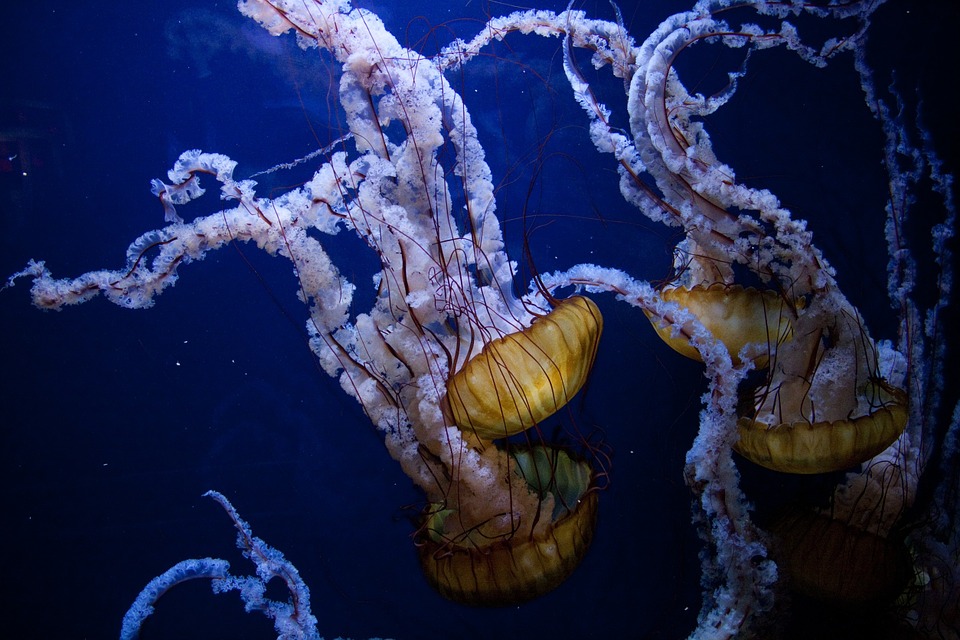 Jellyfish could be a resource in producing microplastic filters, fertilizer or fish feed. A new 6 million euro project called GoJelly, funded by the EU and coordinated by the GEOMAR Helmholtz Centre for Ocean Research, Germany and including partners at the Norwegian University of Science and Technology (NTNNU) and SINTEF, hopes to turn jellyfish from a nuisance into a useful product. Global climate change and the human impact on marine ecosystems has led to dramatic decreases in the number of fish in the ocean. It has also had an unforseen side effect: because overfishing decreases the numbers of jellyfish competitors, their blooms are on the rise. The GoJelly project, coordinated by the GEOMAR Helmholtz Centre for Ocean Research, Germany, would like to transform problematic jellyfish into a resource that can be used to produce microplastic filter, fertilizer or fish feed. The EU has just approved funding of EUR 6 million over 4 years to support the project through its Horizon 2020 programme.

Rising water temperatures, ocean acidification and overfishing seem to favour jellyfish blooms. More and more often, they appear in huge numbers that have already destroyed entire fish farms on European coasts and blocked cooling systems of power stations near the coast. A  number of jellyfish species are poisonous, while some tropical species are even among the most toxic animals on earth. “In Europe alone, the imported American comb jelly has a biomass of one billion  tons. While we tend to ignore the jellyfish there must be other solutions,” says Jamileh Javidpour of GEOMAR, initiator and coordinator of the GoJelly project, which is a consortium of 15 scientific institutions from eight countries led by the GEOMAR Helmholtz Centre for Ocean Research in Kiel.  The project will first entail exploring the life cycle of a number of jellyfish species. A lack of knowledge about life cycles makes it is almost impossible to predict when and why a large jellyfish bloom will occur. “This is what we want to change so that large jellyfish swarms can be caught before they reach the coasts,” says Javidpour.

At the same time, the project partners will also try to answer the question of what to do with jellyfish once they have been caught. One idea is to use the jellyfish to battle another, man-made threat. “Studies have shown that mucus of jellyfish can bind microplastic. Therefore, we want to test whether biofilters can be produced from jellyfish. These biofilters could then be used in sewage treatment plants or in factories where microplastic is produced,” the GoJelly researchers say. Jellyfish can also be used as fertilizers for agriculture or as aquaculture feed. “Fish in fish farms are currently fed with captured wild fish, which does not reduce the problem of overfishing, but increases it. Jellyfish as feed would be much more sustainable and would protect natural fish stocks,” says the GoJelly team. Another option is using jellyfish as food for humans. “In some cultures, jellyfish are already on the menu. As long as the end product is no longer slimy, it could also gain greater general acceptance,” said Javidpour. Finally yet importantly, jellyfish contain collagen, a substance very much sought after in the cosmetics industry.

Project partners from the Norwegian University of Science and Technology, led by Nicole Aberle-Malzahn, and SINTEF Ocean, led by Rachel Tiller, will analyse how abiotic (hydrography, temperature), biotic (abundance, biomass, ecology, reproduction) and biochemical parameters (stoichiometry, food quality) affect the initiation of jellyfish blooms. Based on a comprehensive analysis of triggering mechanisms, origin of seed populations and ecological modelling, the researchers hope to be able to make more reliable predictions on jellyfish bloom formation of specific taxa in the GoJelly target areas. This knowledge will allow sustainable harvesting of jellyfish communities from various Northern and Southern European populations.

This harvest will provide a marine biomass of unknown potential that will be explored by researchers at SINTEF Ocean, among others, to explore the possible ways to use the material. A team from SINTEF Ocean's strategic program Clean Ocean will also work with European colleagues on developing a filter from the mucus of the jellyfish that will catch microplastics from household products (which have their source in fleece sweaters, breakdown of plastic products or from cosmetics, for example) and prevent these from entering the marine ecosystem. Finally, SINTEF Ocean will examine the socio-ecological system and games, where they will explore the potentials of an emerging international management regime for a global effort to mitigate the negative effects of microplastics in the oceans. “Jellyfish can be used for many purposes. We see this as an opportunity to use the potential of the huge biomass drifting right in front of our front door,” Javidpour said.