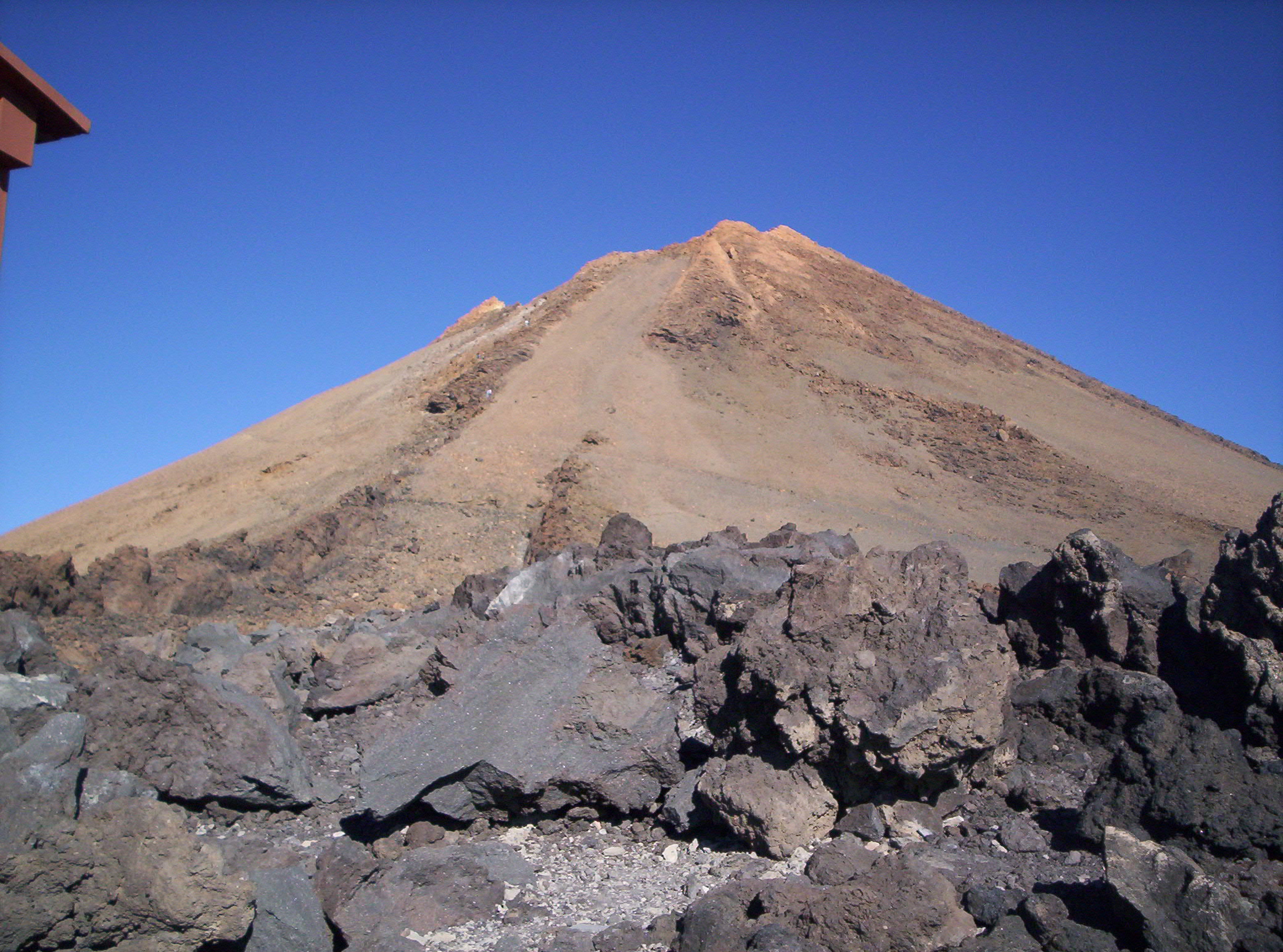 New research, published today in Nature Scientific Reports, not only implies a link between catastrophic volcanic eruptions and landslides, but also suggests that landslides are the trigger.  At the heart of Tenerife and standing almost 4 km high, Teide is one of the largest volcanoes on Earth. Over a period of several hundred thousand years, the previous incarnations of Teide have undergone a repeated cycle of very large eruptions, collapse, and regrowth. Previous research by scientists at the National Oceanography Centre (NOC) revealed that past eruptions may have been linked to huge multi-stage submarine landslides, based on similar ages and composition of landslide and volcanic deposits.
By studying these landslide deposits further, NOC scientists noticed that material from explosive volcanic eruptions was only found in the uppermost layers of each landslide deposit. This demonstrates that the initial stages of each landslide occurred underwater and before each eruption, whilst in each case the later stages of terrestrial landsliding occurred after the eruption. These results suggest that the initial stages of the landslides may have triggered each of the eruptions.

The scientists then investigated the thin volcanic clay layers between landslide and eruption deposits, and based upon the time required for clay to settle out of the ocean, estimated the minimum time delay between the initial submarine landslide and a subsequent eruption as approximately ten hours. NOC scientist and lead author of this research, Dr James Hunt, said “Crucially, this new research shows that after the initial submarine landslide there could be between ten hours to several weeks until the eruption is finally triggered - very different from the near-instantaneous landslide triggering of the 1980 Mt St Helens eruption. This information could help inform hazard mitigation strategies for volcanoes similar to Teide, such as Mt St Helens or Montserrat.” Dr Hunt suggests this delay could be because the shallow magma chamber in Teide does not contain enough volatiles (water) to immediately create explosive eruptions. However, removal of volcanic material by landslides may trigger magma to rise from the lower volatile-rich magma chamber, which mixes with the shallow magma, causing explosive volcanic eruptions after a delay and leaving a large crater-like feature called a caldera that may be several kilometres across. These ‘caldera-forming’ eruptions are among the largest volcanic eruptions on Earth and involve energies equivalent to an atom bomb explosion, while the associated landslides are among the largest mass movements on Earth and can generate potentially damaging tsunamis.

This new understanding of the linkage between large volcanic islands and caldera-forming eruptions will help advise future geohazard assessments of volcanic islands, and forms part of the NOC’s on-going research into marine geohazards.

A genomic analysis in samples of Ne...