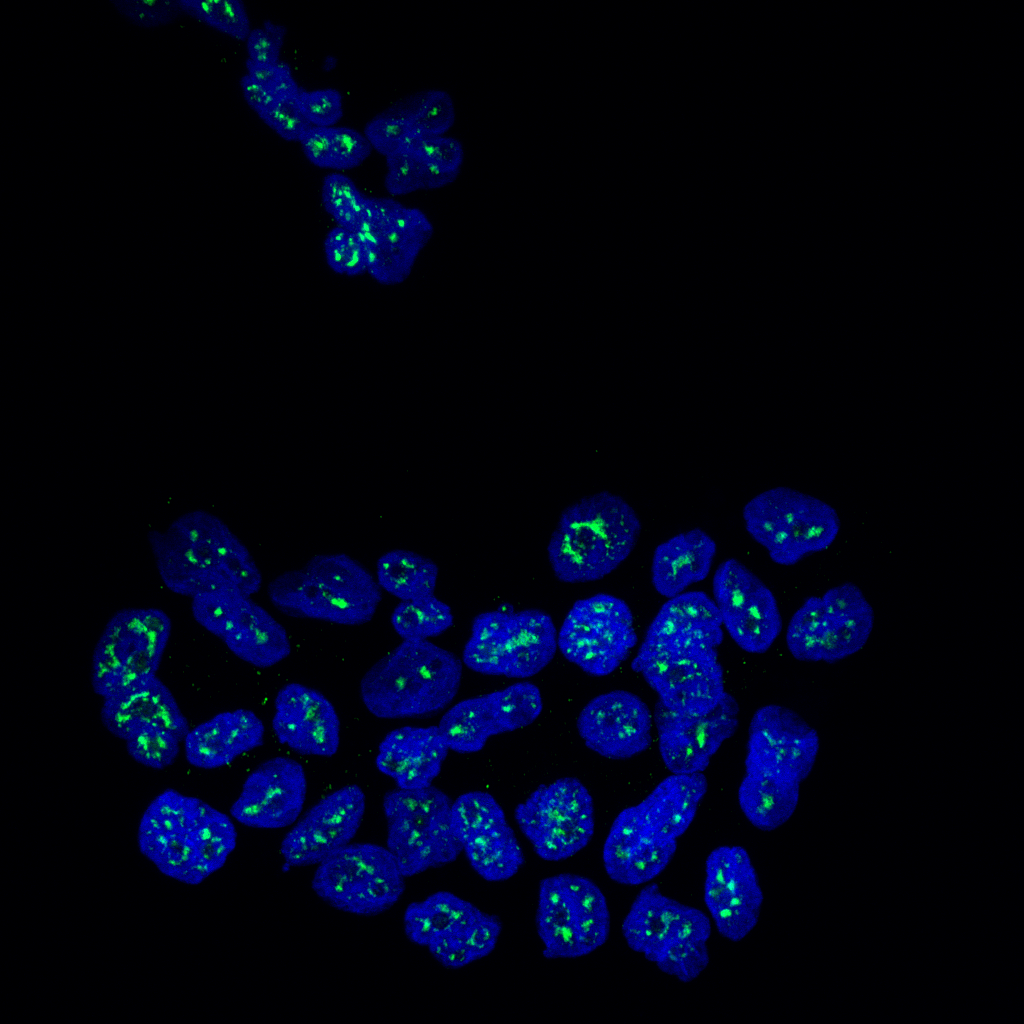 The time needed for breast cancer metastases (secondary lesions caused by cells that have escaped from the original tumour) to develop varies between patients, and little is known about the mechanisms that govern latency (the dormant state of cells that have already spread through the body). A study headed by ICREA researcher Roger Gomis at the Institute for Research in Biomedicine (IRB Barcelona) has identified the genes involved in the latent asymptomatic state of breast cancer metastases. The work sheds light on the molecular basis underlying how the expression of certain genes facilitates the spread of metastatic lesions. The team has studied the most common kind of breast tumour—estrogen-positive (ER +) and accounting for 80% of breast cancer tumour cases—that is characterised by a long period of latency with no symptoms. The study has been published today in Nature Cell Biology.

MSK1, the protein that keeps tumour cells dormant
The team has identified the protein kinase MSK1 as a key regulator of dormant or latent metastases. Using clinical samples from patients, the scientists have confirmed that ER + breast cancer tumours that do not express MSK1 are associated with a risk of earlier relapse, while those that express this molecule will form metastases later. “We are interested in understanding the mechanisms underlying metastasis and the time component of this process. Until now, little was known in preclinical models about the mechanisms that allow breast cancer cells to leave the latent state and even less is known in patients," explains Roger Gomis, head of the Growth Control and Cancer Metastasis Lab. The researchers believe that in the future this discovery may benefit patients in two ways. Firstly, it will help to identify those with an imminent risk of relapse and to adjust the treatment for this prognosis. Secondly, attempts could be made to design a treatment to mimic the function of MSK1 kinase, with the aim to maintain metastatic lesions in a latent and asymptomatic state for as long as possible. The study published today was done in collaboration with the labs headed by Salvador Aznar Benitah and Angel R. Nebreda, both members of IRB Barcelona’s Oncology Programme, and with the labs led by Violeta Serra, at the Vall d’Hebrón Institute of Oncology (VHIO), Aleix Prat, at the Hospital Clínic de Barcelona, and Joan Albanell, at the Hospital del Mar. The first author of the article is Sylvia Gawrzak, a former "la Caixa" PhD student at IRB Barcelona who is currently doing a postdoc in EMBL, Heidelberg, Germany.

The study was funded by the Minstry of Economy and Competitiveness through ERDFs, the Generalitat de Catalunya through AGAUR, the BBVA Foundation, Worldwide Cancer Research and the Centro de Investigación Biomédica en Red de Cáncer (CIBERONC) (Biomedical Research Networking Centre in Oncology), in which the researcher Roger Gomis participates.