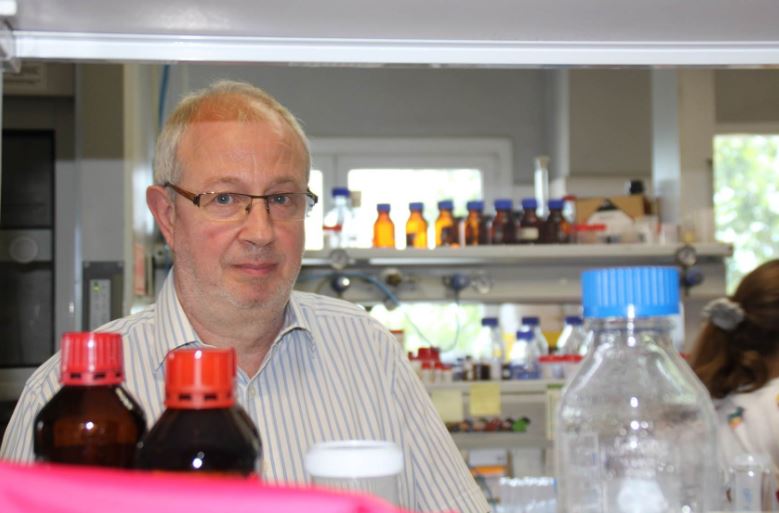 This type of TNBC tumor does not express any of the receptors involved in most breast cancers (estrogen, progesterone and HER2), so the most common treatments, such as the hormone therapy, are not viable in these patients.

This new study is led by Mar Orzáez, principal researcher at the Laboratory of Peptide and Protein Chemistry at CIPF, and Ramón Martínez Máñez, member of the CIPF-UPV Joint Research Unit of Diseases Mechanisms and Nanomedicine, and research at the Interuniversity Research Institute for Molecular Recognition and Technological Development (IDM) of the UPV and at the Centro de Investigación Biomédica en Red (CIBER) in the subject area of Bioengineering, Biomaterials and Nanomedicine (CIBER-BBN). The study proves that a combined treatment of a senescence inducer and a senolytic nanoparticle selectively removes senescent cells, delays tumor growth and reduces metastasis in a model of aggressive breast cancer.

The application of senescence inducers has represented a successful strategy for treating breast cancer patients thus far, although the accumulation of senescent cells in the body can favor relapse of the tumor. Senescence or cell aging occurs both in physiological and pathological situations. When a cell enters into senescence, it stops dividing and releases substances that cause inflammation.

When an uncontrolled accumulation of those senescent cells happens, the excess of inflammatory factors can eventually damage healthy cells, thus favoring aging and the appearance of disorders such as diabetes and neurodegenerative diseases, as well as fostering the developing of tumors and causing metastasis.

With this new approach, after inducing senescence, cells are removed through the treatment with a senolytic nanoparticle. This opens a new therapeutic opportunity to improve results with breast cancer patients and establishes a new combined treatment that can be significant for other senescence-inducing chemotherapy drugs.

The results, published in the Journal of Controlled Release (JCR), provide new therapeutic methodologies to be developed in subsequent stages and clinical trials. Moreover, they can address several types of tumor. Orzáez and Máñez have explained that “the senescence induction in tumors represents an advance in cancer treatment, which may be even greater in combination with this type of senolytic treatments that remove senescent cells and help to reduce metastasis.”

Manuel Serrano, researcher at the Institute for Research in Biomedicine (IRB) of Barcelona, also participated in the study.