Can deep water masses in the Mediterranean cross the Sicily Strait? 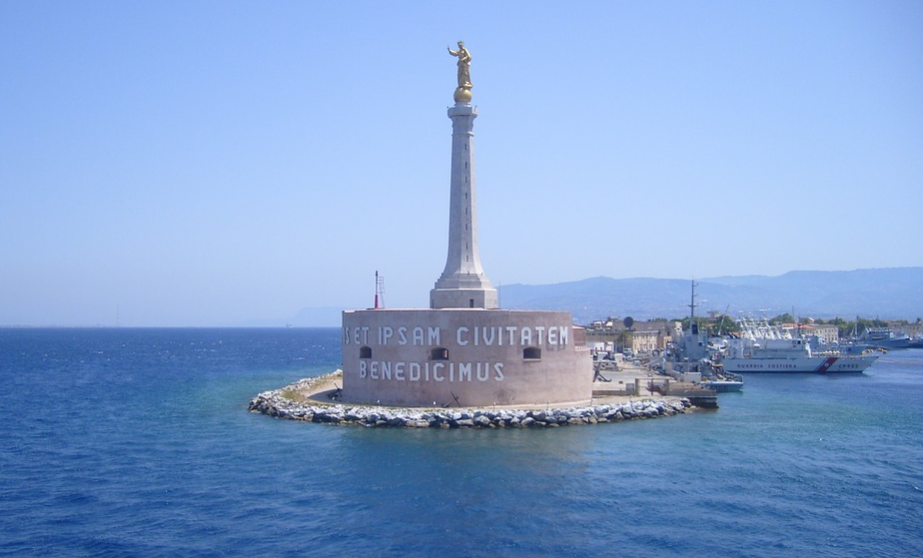 The Sicily Strait, an underwater relief connecting the Italian island with the Tunisian coasts, is not a geological barrier for the deep water circulation between eastern and western Mediterranean -which was always thought to be. Quite the contrary, the contribution of the eastern Mediterranean deep water flow towards the western one can reach 70%, according to a study recently published in the journal Process in Oceanography.

The new study profiles an hydrodynamic map -so far unknown- between the eastern and western basins of the Mediterranean Sea, and is led by Leopoldo Pena and Isabel Cacho, members of the Faculty of Earth Sciences and the Consolidated Research Group on Marine Geosciences of the University of Barcelona. Other co-authors of the study are the experts Ester Garcia Solsona, Eduardo Paredes and Jose Pérez Asensio (UB research group on Marine Geosciences), Lucía Quirós Collazos, from the Institute of Marine Sciences (ICM-CSIC) and Fabrizio Lirer, from the Institute of Marine Sciences (ISMAR-CNR, Italy).

The innovative study sheds light on the oceanographic processes in the Mediterranean Sea using the pioneer application of neodymium (Nd) radiogenic isotopes and rare earth elements as geochemical tracers to study this complex marine area. Researchers could use this methodology thanks to the equipment of the new Laboratory of Radiogenic and Environmental Isotopes (LIRA) and the multicollector mass spectrometer PANTHALASSA of the University of Barcelona, a dual support infrastructure for research -the only one in Spain- perfect to identify radiogenic and environmental isotopes at trace levels. Scientifically coordinated by Isabel Cacho and Leopoldo Pena, the equipment was launched in 2019 in the Faculty of Earth Sciences and in the Scientific and Technological Centers of the UB (CCiTUB), respectively.

The Mediterranean Sea is a semi-closed sea which communicates with the Atlantic Sea via the Gibraltar Strait. Surrounded by continental waters, it is divided in two basins of a similar size -eastern and western- with water masses with different properties (salinity, density, isotopic composition, topography, etc.) which connect through the Sicily Strait.

“The Sicily Strait is only 316 meters deep and the eastern Mediterranean basin goes beyond 5,000 meters. One of the processes that fascinated the field of oceanographic research is this exchange of water mass between the eastern and western basins through this strait”, notes Isabel Cacho, Professor of the Department of Earth and Ocean Dynamics of the UB.

“According to the classic hypothesis -she continues- the strait was a physical barrier for the deep waters of the eastern Mediterranean to travel towards the western one. This oceanographic process was believed to be dominated by intermediate waters”.

“These new geochemical tools allow us to separate water masses formed in the eastern Mediterranean -warmer and salty- from the western one. The waters from the eastern basin show higher concentration of rare earth elements and a Nd isotopic composition which is more radiogenic than the western basin”, notes Isabel Cacho, awardee of an ERC Consolidator Grant 2015, who contributed to promote new oceanographic research studies.

The conclusions suggest that the contribution of deep water from the eastern Mediterranean to the western area can reach about 70% of the deep waters in the Tyrrhenian Sea. This proportion -which oscillates between 30 and 70% in the eastern area of the Tyrrhenian- is higher than the calculated values with classic oceanographic parameters (temperature, salinity, etc.), in previous studies.

Having multicollector mass spectometers (MC-ICP-MS) for the precise analysis of Nd radiogenic isotopes -present in low concentrations in the sea- is a must to conduct oceanographic studies in Spain with this new methodological perspective. The MC-ICP-MS PANTHALASSA -installed in CCiTUB and available for its users- allows users to determine the isotopic relation of most of the periodic table elements, with a high sensitivity (between 10 and 100 parts per million).

“These tools enable us to develop a leading science to study the current ocean -as seen in this study- but we can use them to see the conditions of the ocean in the past during the different climate changes. Therefore, these open new opportunities to understand the relation between climate and ocean better”, notes Leopoldo Pena, member of the research group on Marine Geosciences of the UB, led by Professor Miquel Canals.