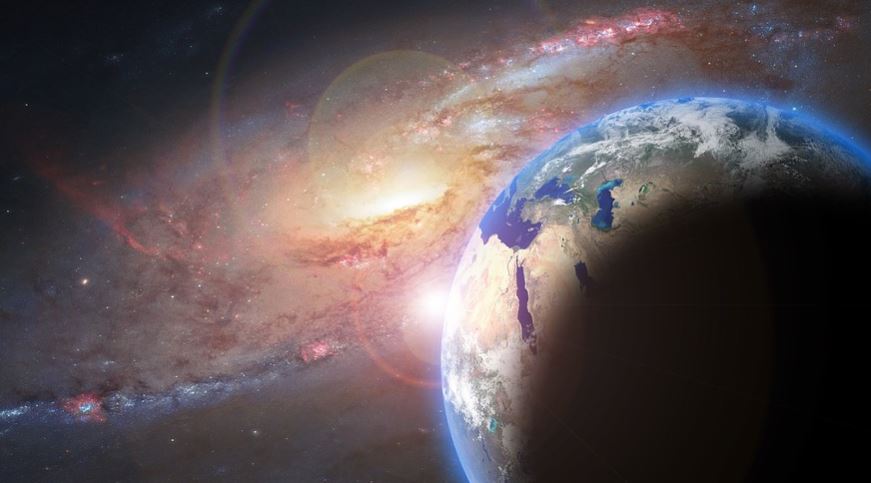 Why are the planets of the inner Solar System dry and rocky, but the outer ones are not? An international team of researchers with participation of the University of Zurich discovered that a two-step formation process of the planets can explain the chronology and split in volatiles like water and isotope content of the inner and outer Solar System.

The interdisciplinary researchers from the University of Zurich, the University of Oxford, LMU Munich, ETH Zurich, and BGI Bayreuth present a new theoretical framework for the formation of the Solar System that can explain several key features of the inner terrestrial planets like Earth, Venus, and Mars, outer Solar System planetary bodies, and composition of asteroids and meteorite families. The team’s work draws on and connects recent advances from astronomical observations of other solar systems during their formation and meteoritics – laboratory experiments and analyses on the isotope, iron, and water content in meteorites from the Solar System itself.

The suggested combination of astrophysical and geophysical phenomena during the earliest formation phase of the Sun and the Solar System can explain why the inner Solar System planets are small and dry with little water by mass, while the outer Solar System planets are larger and wet with lots of water. It explains the meteorite record by forming planets in two distinct steps. The inner terrestrial protoplanets accreted early and were internally heated by strong radioactive decay; this dried them out and split the inner, dry from the outer, wet planetary population. ‘The early-formed and dry inner Solar System and the later-formed and wet outer Solar System were therefore set on two different evolutionary paths very early on in their history’, says last author Thomas Hands from the Institute for Computational Science at the University of Zurich. This has several implications for the distribution and necessary formation conditions of planets like Earth in extrasolar planetary systems.

From dust grains to the first protoplanets

The numerical experiments performed by the interdisciplinary team showed that the relative chronologies of early onset and protracted finish of accretion in the inner Solar System, and a later onset and more rapid accretion of the outer Solar System planets can be explained by two distinct formation epochs of planetesimals, the building blocks of the planets. Recent observations of planet-forming disks showed that disk midplanes, where planets form, may have relatively low levels of turbulence. Under such conditions the interactions between the dust grains embedded in the disk gas and water around the orbital location where it transitions from gas to ice phase (the so-called snow line) can trigger an early formation burst of planetesimals in the inner Solar System and another one later and further out.

Better understanding the origin of Earth-like planets in the galaxy

Thomas Hands notes: ‘The findings open new avenues to understand the origins of the earliest atmospheres of Earth-like planets and the place of the Solar System within the context of the exoplanetary census across the galaxy.’

The research was supported by funding from the Simons Collaboration on the Origins of Life, the Swiss National Science Foundation, and the European Research Council.