A novel principle to mobilize neurons for brain repair In evidenza 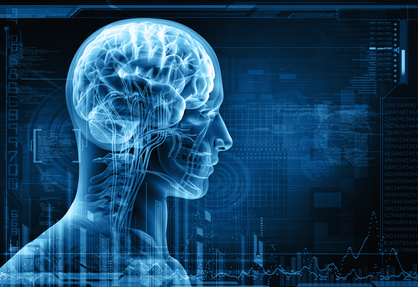 A novel principle to mobilize neurons for brain repair

Restorative neuroscience, the study to identify means to replace damaged neurons and recover permanently lost mental or physical abilities, is a rapidly advancing scientific field considering our progressively aging society. Redirecting immature neurons that reside in specific brain areas towards the sites of brain damage is an appealing strategy for the therapy of acute brain injury or stroke. A collaborative effort between the Center for Brain Research of Medical University of Vienna and the National Brain Research Program of Hungary/Semmelweis University in Budapest revealed that some mature neurons are able to reconfigure their local microenvironment such that it becomes conducive for adult-born immature neurons to extensively migrate. Thus, a molecular principle emerges that can allow researchers to best mobilize resident cellular reserves in the adult brain and guide immature neurons to the sites of brain damage.

The adult brain has limited capacity of self-repair

In the aging Western society, acute brain damage and chronic neurodegenerative conditions (e.g. Alzheimer’s and Parkinson’s diseases) are amongst the most debilitating diseases affecting hundreds of millions of people world-wide. Nerve cells are particularly sensitive to microenvironmental insults and their loss clearly manifests as neurological deficit. Since the innate ability of the adult human brain to regenerate is very poor and confined to its few specialized regions, a key question in present-day neurobiology is how to establish efficient strategies that can replace lost neurons, guide competent cells to the sites of injury and facilitate their functional integration to regain lost functionality. “Cell replacement therapy” thus offers frontline opportunities to design potent therapeutic interventions.

Only two regions of the postnatal mammalian brain are known to retain their intrinsic potential to allow the generation of new neurons throughout life: the olfactory system decoding smell and the hippocampus acting as a key hub for memory encoding and storage. In humans, the generation of new neurons in the olfactory system rapidly ceases during early childhood. “Which are the processes that disallow this innate regenerative process in the human brain and how can dormant progenitors be reinstated to produce new neurons and guide those towards brain areas that require repair?” is a central yet unresolved question for brain repair strategies.

For neuronal migration, the widely-accepted concept is that support cells called astroglia are of primary importance to promote the movement of adult-born neurons through chemical signals and physical interactions. The new study involving researchers from the Department of Molecular Neurosciences of the Center for Brain Research goes well beyond these known frontiers through the discovery that the migration of new-born neurons requires resident, differentiated nerve cells to “clear their path” by digesting away some of the glue that fills the space between nerve cells. This process is dependent on the activity of resident neurons, thus suggesting the integration of the ancient developmental process of active cell movement with the integrative capacity and activity patterns of the brain. “By realizing that differentiated neurons are critical operators in this process we finally lay our hands on an “on switch” which we can use to produce a molecular landing strip for migrating neuroblasts to home in at areas of critical need” says Alán Alpár, senior author of the study.

Tibor Harkany, Professor of Molecular Neurosciences at the Medical University of Vienna goes one step further “We mapped the entire molecular machinery used by differentiated neurons to make way for their migrating adult-born replacements. This clearly offers a pharmacological concept to reroute neurons in sufficient quantities for neurorepair once damage occurs. Even though distances can be considerably long, we are confident that molecular means exist to tackle these challenges”.

The realization that differentiated neurons hold the key to directional cell migration is of enormous significance since they are wired into the brain circuitry, receive information from not only adjacent but also far-away regions and are activated by these specific connections at precisely given times. Consequently, migration controlled by the newly described specific neuronal subset can be aligned with brain activity, or conversely, with inactivity as evoked by neuronal loss during brain diseases. “To identify the physiological stimuli and stressors, which activate these guide-neurons will herald a new and exciting opportunity for regenerative neuroscience” adds Tomas Hökfelt, Guest Professor at the Center for Brain Research.

Like many other studies at the Department of Molecular Neurosciences, the European Research Council (ERC) and the European Molecular Biology Organisation (EMBO) frontier research programs funded this project. Alán Alpár’s work is supported by the National Brain Research Program of the Hungarian Academy of Sciences.