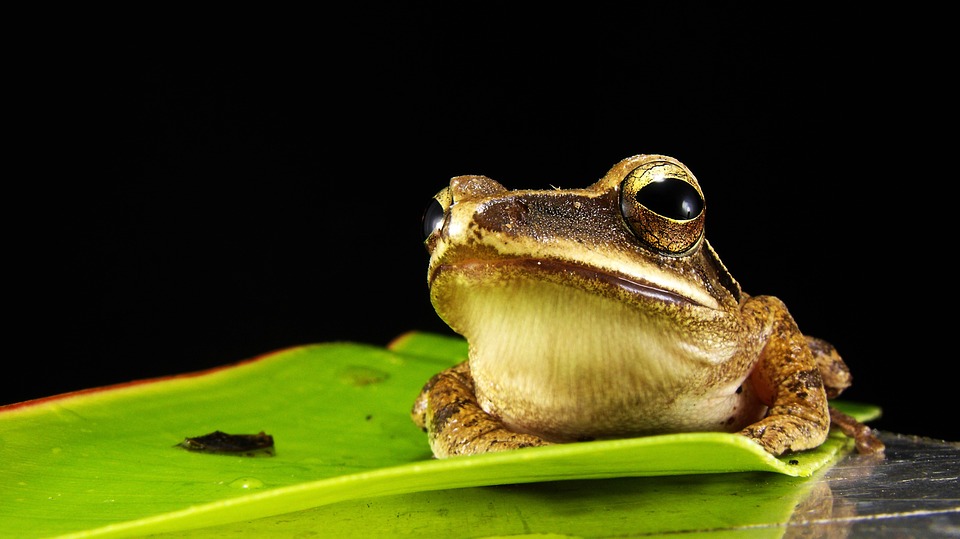 The night vision of frogs and toads appears to be superior to that of all other animals. They have the ability to see colour even when it is so dark that humans are not able to see anything at all. This has been shown in a new study by researchers from Lund University in Sweden. Most vertebrates, including humans, have two types of visual cells located in the retina, namely cones and rods. The cones enable us to see colour, but they usually require a lot of light and therefore stop working when it gets dark, in which case the rods take over so that we can at least find our way home, albeit in black and white.

In toads and frogs the rods are a bit special, however. It was previously known that toads and frogs are unique in having rods with two different sensitivities. This has not been found in other vertebrates, and it is also the reason why researchers have long suspected that frogs and toads might be able to see colour also in low-light conditions. The new study was first in proving this to be true, and the results exceeded all expectations. “It’s amazing that these animals can actually see colour in extreme darkness, down to the absolute threshold of the visual system. These results were unexpected”, says Professor of Sensory Biology Almut Kelber at the Faculty of Science, Lund University. It was during the third of three experiments that the researchers discovered that frogs are able to use their rods to distinguish colour in extreme darkness. The researchers studied the frogs in a situation that is as serious as it is common, namely, when frogs need to find their way out in case they are trapped in conditions of complete darkness. This is potentially an everyday occurrence, taking place in dark dens and passageways on the ground. In such instances, finding the exit becomes crucial, which also means that the frog is inclined to make use of any sensory information that is available. In the other experiments the researchers studied to what extent frogs and toads use their colour vision when searching for a mate or hunting for food. The results showed that the animals stop using their colour information fairly early when it comes to finding someone with whom to mate, whereas they continue to take advantage of their colour vision to select food in such low-light conditions that humans lose their ability to see colour.

“We have previously shown moths and geckos are also able to see colour in inferior light conditions compared to humans. However, frogs apparently have a unique ability to see colour in the dark”, says Almut Kelber. The study was conducted in collaboration with researchers from the University of Helsinki in Finland and Vladivostok in Russia. The main author, Carola Yovanovich, has been in charge of the work on the study in Almut Kelber’s research group at Lund University. The findings are published in the journal Philosophical Transactions of the Royal Society B.

Twitter
Tweet
Altro in questa categoria: « May SmartPhones Help to maintain memory in patients with mild Alzheimer’s disease? Stem cells derived neuronal networks grown on a chip as an alternative to animal testing »