The University of Huddersfield’s Sardinian researcher Dr Maria Pala investigates the origins of her homeland ancestors 8,000 years ago THE island of Sardinia is remarkable for the fact that an exceptionally high proportion of the population is seemingly descended from people who have occupied it since the Neolithic and Bronze Age, between 8,000 and 2,000 years ago. For centuries after that, they had little interaction with mainland Europe. Now, University of Huddersfield researcher Dr Maria Pala has taken part in a project that has helped to unlock the genetic secrets of her Mediterranean homeland. One of the findings is that some modern Sardinians could have evolved from people who colonised the island at an even earlier period, the Mesolithic. Dr Pala - whose first degree was from the University of Sassari in her native Sardinia – is a Senior Lecturer at the University of Huddersfield and a member of its Archaeogenetics Research Group. The group is led by Professor Martin Richards and includes Dr Francesca Gandini as Research Fellow. 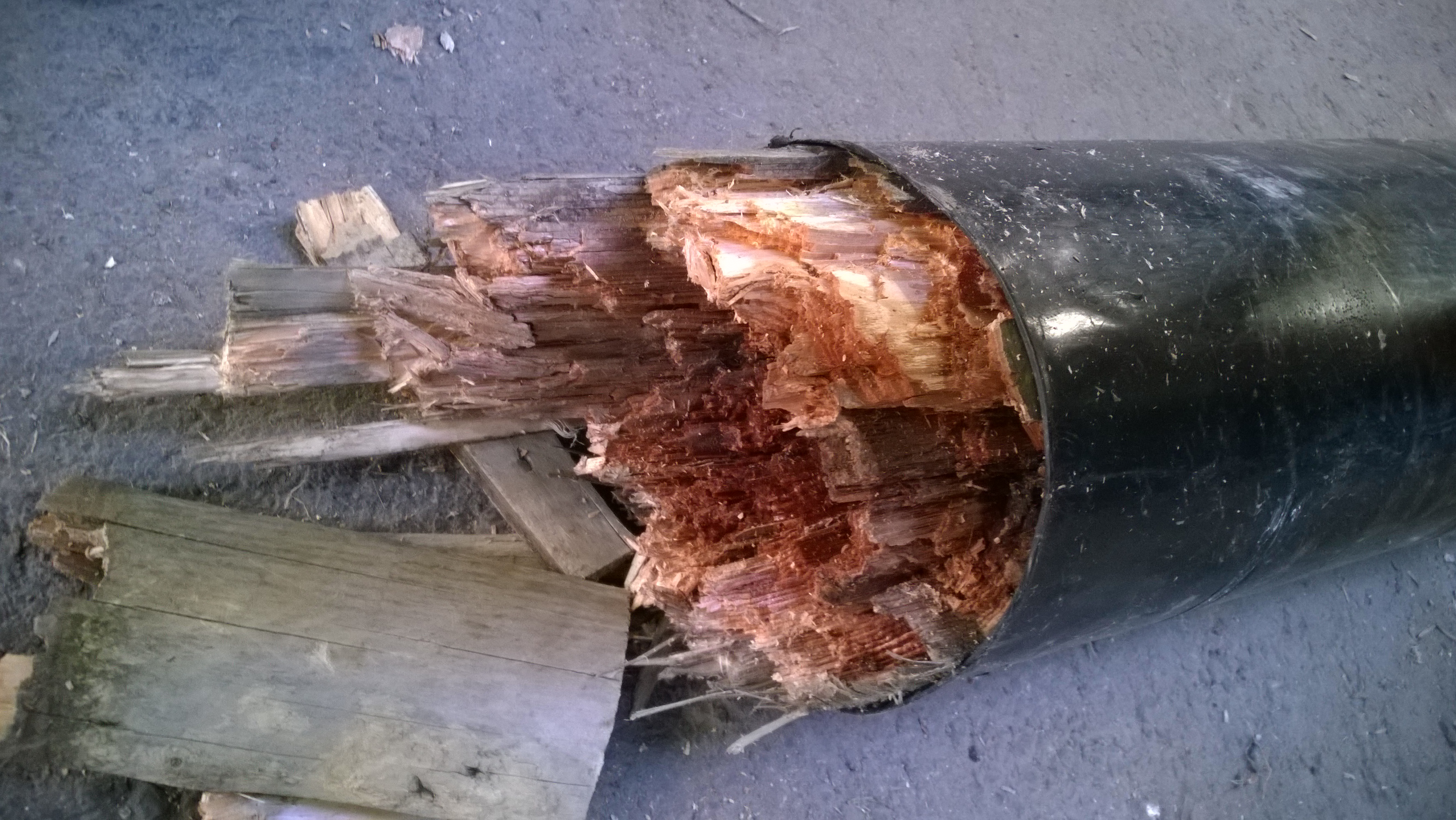 The photo shows an infected wooden pole that is ultimately destroyed by a copper-tolerant fungus.

The St. Gallen-based Empa biotech spin-off, MycoSolutions AG, has developed a new fungal product that improves the soil and controls pest fungi in an environmentally friendly way. Wooden poles remain in use much longer, leading to cost savings of millions for operators. A "Proof-of-Concept" is now available for the integrated wood preservation method. In Europe, some 30 million wooden poles are used by telecommunications companies and electricity utilities. Every year, hundreds of thousands of these poles have to be replaced due to the occurrence of copper-tolerant, wood-destroying fungi. This results in millions in terms of costs. The problem is likely to worsen in the future, since the copper fixation agent chromium, (which is carcinogenic in a certain chemical form), and the wood preservative boron, are restricted by law. In addition, the authorisation for Switzerland will expire in 2019. In Germany, even stricter regulations have already been put in place. Since the use of boron has largely been discontinued, in certain regions the defects appear early, after only six to eight years and the wooden poles have to be replaced for safety reasons.