Steep rise of the Bernese Alps In evidenza 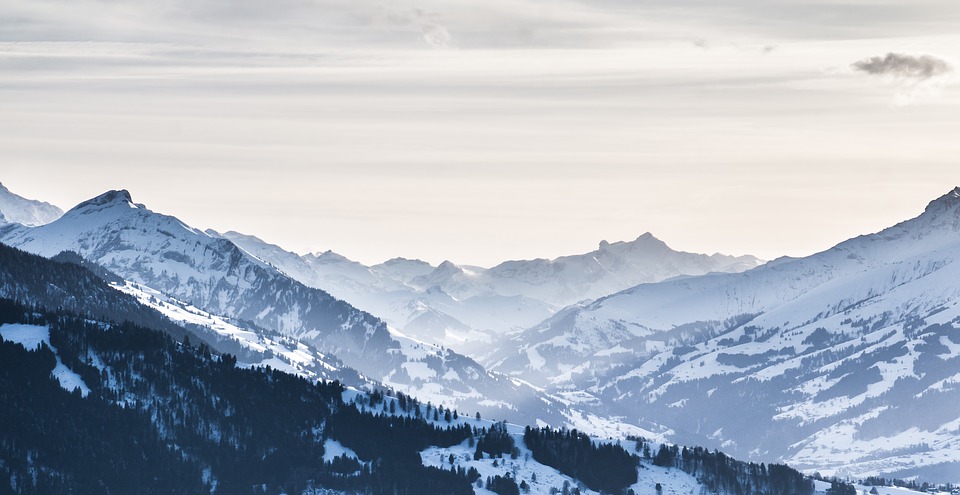 The striking North Face of the Bernese Alps is the result of a steep rise of rocks from the depths following a collision of two tectonic plates. This steep rise gives new insight into the final stage of mountain building and provides important knowledge with regard to active natural hazards and geothermal energy. The results from researchers at the University of Bern and ETH Zürich are being published in the «Scientific Reports» specialist journal. Mountains often emerge when two tectonic plates converge, where the denser oceanic plate subducts beneath the lighter continental plate into the earth’s mantle according to standard models. But what happens if two continental plates of the same density collide, as was the case in the area of the Central Alps during the collision between Africa and Europe?

Geologists and geophysicists at the University of Bern and ETH Zürich examined this question. They constructed the 3D geometry of deformation structures through several years of surface analysis in the Bernese Alps. With the help of seismic tomography, similar to ultrasound examinations on people, they also gained additional insight into the deep structure of the earth’s crust and beyond down to depths of 400 km in the earth’s mantle.

Viscous rocks from the depths

A reconstruction based on this data indicated that the European crust’s light, crystalline rocks cannot be subducted to very deep depths but are detached from the earth’s mantle in the lower earth’s crust and are consequently forced back up to the earth’s surface by buoyancy forces. Steep fault zones are formed here, which push through the earth’s crust and facilitate the steep rise of rocks from the depths. There are textbook examples of these kinds of fault zones in the Hasli valley, where they appear as scars in form of morphological incisions impressively cutting through the glacially polished granite landscape. The detachment of the earth’s crust and mantle takes place at a depth of 25-30 kilometres. This process is triggered by the slow sinking and receding of the European plate in the upper earth’s mantle towards the north. In specialist terminology, this process is called slab rollback. The high temperatures at these depths make the lower crust’s rocks viscous, where they can subsequently be forced up by buoyant uplift forces.

Together with surface erosion, it is this steep rise of the rocks from lower to mid-crustal levels which is responsible for the Bernese Alps’ steep north front today (Titlis – Jungfrau region – Blüemlisalp range). The uplift data in the range of one millimetre per year and today’s earthquake activity indicate that the process of uplift from the depths is still in progress. However, erosion on the earth’s surface causes continuous ablation which is why the Alps do not carry on growing upwards endlessly.

The analysis of the steep fault zones are not just of scientific interest though. The seismic partly still active faults are responsible for the rocks weathering more intensively on the surface and therefore landslides and debris flows occurring, for example in the Halsi valley in the extremely steep areas of the Spreitlaui or Rotlaui. The serious debris flows in the Guttannen area are based, among other things, on this structural preconditioning of the host rocks. The leakage of warm hydrothermal water, which it is important to explore for geothermal energy and the 2050 energy policy, can be traced directly back to the brittle fracturing of the upper earth’s crust and the seeping in of cold surface waters. The water is heated up in the depths and arrives at the surface again through the steep fault zones – for example, in the Grimsel region. In this sense, the new findings lead to a deeper understanding of surface processes, which influence our infrastructures, for example the transit axes (rail, roads) through the Alps.