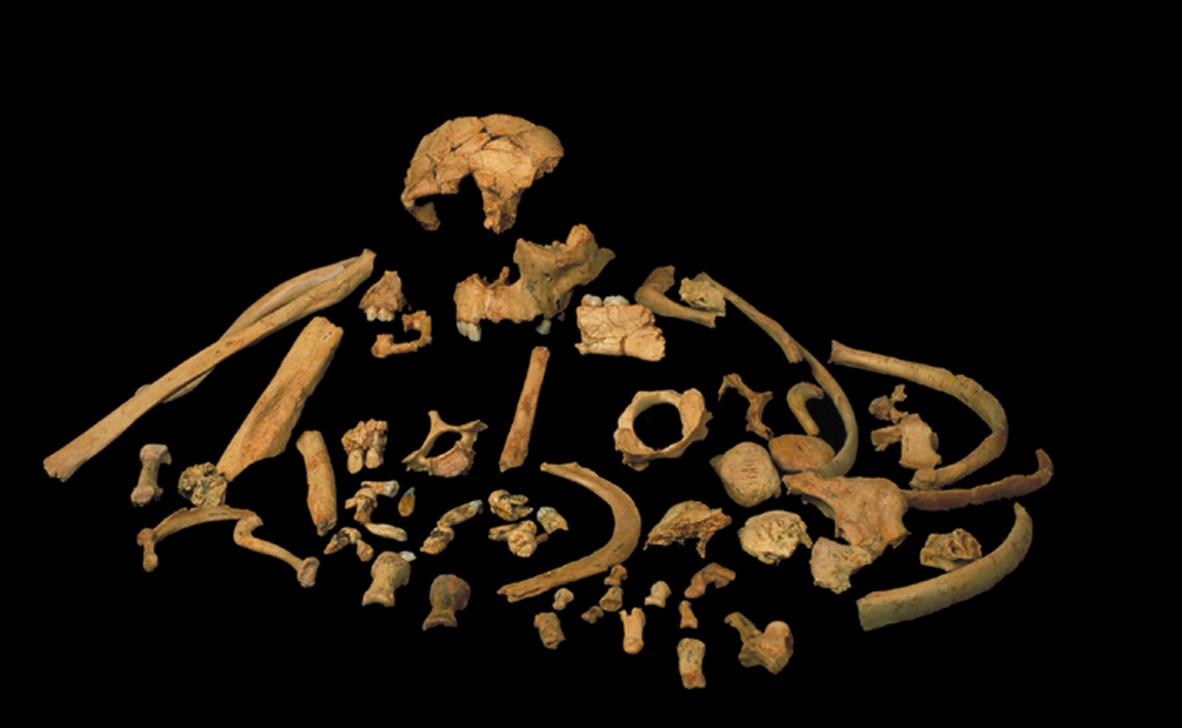 Fossils of Homo antecessor found at level TD6 of Gran Dolina /J.M. Bermúdez de Castro, M.N.C.N. (29)
The Centro Nacional de Investigación sobre la Evolución Humana (CENIEH) has led a new international study published in the journal Quaternary Geochronology, about the direct dating of a fossil tooth of Homo antecessor from the unit TD6 of the archaeological site of Gran Dolina in the Sierra de Atapuerca (Burgos, Spain). In the work, a time range of between 772,000 and 949,000 years was found for this species of the Lower Pleistocene, so confirming earlier indirect datings.

In order to carry out this dating, a leading-edge methodology was employed, combining high-resolution Uranium-Thorium analysis using laser ablation coupled to a mass spectrometer and measurements of a fragment of enamel by Electron Spin Resonance (ESR). “We used the same special protocol that had previously worked successfully with the fossil remains of Homo naledi and the oldest Homo sapiens found outside Africa” says Mathieu Duval, member of the Geochronology and Geology Program of the CENIEH and now at the Australian Research Center for Human Evolution at Griffith University (Australia)

“By combining direct dating of the piece with a new, more precise paleomagnetic study of the deposits of the stratigraphic unit TD6, it was possible to obtain a dating which is consistent with the previous indirect estimates based on the sediment or fauna associated to the hominin remains”, the researcher adds.
Pubblicato in Scienceonline
Leggi tutto...
Mercoledì, 30 Maggio 2018 06:59