Fighting wildfires requires the participation of local communities, since most fires stem from human activities, says a new version of FAO's "Wildland Fire Management Handbook for Trainers," co-published today by the UN agency and the Finnish Ministry of Foreign Affairs.
"When local communities benefit from protecting their natural resources they are more likely to be mobilized to prevent fires," said Pieter van Lierop, FAO Forestry Officer. Where people have a direct interest in protecting their natural resources, the number and size of unplanned wildfires started by people are likely to drop significantly.

The handbook highlights that the risk, frequency, intensity and impacts of wildfires can be reduced through more integrated approaches to fire management, including fire detection and suppression but also monitoring, early warning, prevention and preparedness.

"There should be the right balance between activities involving suppressing fires and investing in costly forest-fire equipment on one hand, and establishing effective prevention and awareness-raising among local communities on the other," van Lierop said.

Scale and causes of wildfires

Globally, more than 350 million hectares (ha) are estimated to be affected by vegetation fires eah year — about half or more of this area is burnt in Africa.
An estimated 150 to 250 million ha of tropical forests are affected by wildfire annually.
Between 700 thousand and 1 million ha in the Mediterranean area suffer from vegetation fires every year.
Ninety to 95 percent of all such fires have a human cause.

The expansion of agriculture and other forms of land conversion in developing countries, negligence, the increased use of wildlands for recreation, such as picnics and barbecues, and tourism in both developed and developing countries are among the reasons for the increasing incidence and impacts of wildland fires. Many fires are intentionally set to clear land for agriculture, and often burn much larger areas than was originally intended.

However, simply prohibiting burning is not a practical solution. "People will light fires anyway, even if it is legally banned, in order to clear land or to dispose of rubbish," van Lierop said. "So it is more beneficial to train local communities in fire management and to develop alternative less harmful solutions with them. Burning land at the end of winter, for example, will lower the risk of bigger devastating fires."

Fire: a necessary evil
Fire can be very destructive and at the same time be a very useful land management tool if carefully timed and used. Fire and ecosystems have been linked in many ways for millennia, and that must be recognized for any wildland fire management to be effective, according to FAO. It is important that planned burning in ecosystems takes place to maintain biodiversity, ensure regeneration, and forage production.

For instance, it is known that in Southern Africa, controlled burning of savanna provides edible forage for animals compared to unburnt areas and reduces the fire risk by reducing the accumulation of dry and inedible older grasses. In grassland ecosystems, fire is the primary mode of decomposition, crucial for returning nitrites to the soil and allowing the grasslands to sustain their high productivity.

Successful fire management requires training of local communities to improve their knowledge of fire impacts on food security and rural livelihoods. Also, land-use authorities and managers around the world need to be educated in ecological fire management. Creating special forest fire control units in each country is another important step to monitor and prevent disastrous forest fires.

In Thailand, massive education and training programmes involving foresters and the general public have resulted in a reduction of indiscriminate burning by 30 percent, the publication mentions. "Developing countries should look into such positive practices and put more efforts into community based fire management education and prevention of fires," added van Lierop.

World deforestation decreases, but remains alarming in many countries


World deforestation, mainly the conversion of tropical forests to agricultural land, has decreased over the past ten years but continues at an alarmingly high rate in many countries, FAO announced today.
Globally, around 13 million hectares of forests were converted to other uses or lost through natural causes each year between 2000 and 2010 as compared to around 16 million hectares per year during the 1990s, according to key findings of FAO's most comprehensive forest review to date The Global Forest Resources Assessment 2010. The study covers 233 countries and areas.
Brazil and Indonesia, which had the highest loss of forests in the 1990s, have significantly reduced their deforestation rates. In addition, ambitious tree planting programmes in countries such as China, India, the United States and Viet Nam - combined with natural expansion of forests in some regions - have added more than seven million hectares of new forests annually. As a result the net loss of forest area was reduced to 5.2 million hectares per year between 2000 and 2010, down from 8.3 million hectares annually in the 1990s.

The world's total forest area is just over four billion hectares or 31 percent of the total land area. The net annual loss of forests (when the sum of all gains in forest area is smaller than all losses) in 2000-2010 is equivalent to an area about the size of Costa Rica.


Biggest losses in South America, Africa
South America and Africa had the highest net annual loss of forests in 2000-2010, with four and 3.4 million hectares respectively. Oceania also registered a net loss, due partly to severe drought in Australia since 2000.

Asia, on the other hand, registered a net gain of some 2.2 million hectares annually in the last decade, mainly because of large-scale afforestation programmes in China, India and Viet Nam, which have expanded their forest area by a total of close to four million hectares annually in the last five years. However, conversion of forested lands to other uses continued at high rates in many countries.

In North and Central America, the forest area remained fairly stable, while in Europe it continued to expand, although at a slower rate than previously.

"For the first time, we are able to show that the rate of deforestation has decreased globally as a result of concerted efforts taken both at local and international level," said Eduardo Rojas, Assistant Director-General of FAO's Forestry Department.

"Not only have countries improved their forest policies and legislation, they have also allocated forests for use by local communities and indigenous peoples and for the conservation of biological diversity and other environmental functions. This is a very welcoming message in 2010 - the International Year of Biodiversity.
"However, the rate of deforestation is still very high in many countries and the area of primary forest - forests undisturbed by human activity - continues to decrease, so countries must further strengthen their efforts to better conserve and manage them", he added.


Forests play an important part in climate change mitigation. Forests store a vast amount of carbon. When a forest is cut down and converted to another use, carbon is released back into the atmosphere.
"A lower deforestation rate and the establishment of new forests have helped bring down the high level of carbon emissions from forests caused by deforestation and forest degradation", said Mette Løyche Wilkie, the Coordinator of the Assessment.
"But we need to look forward because the large tree planting programmes in China, India and Viet Nam, accounting for most of the recent gains in forest area, are scheduled to end by 2020," she added. "That means we have a short window of opportunity to put in place effective and permanent measures to significantly reduce the current rates of deforestation and forest degradation. Without such interventions we risk a sudden return to the high rates of net forest loss and of carbon emissions from forests, which we had in the 1990s," she said.


Other key findings in the report included:
•Brazil lost an average of 2.6 million hectares of forest annually in the last ten years as compared with 2.9 million hectares per year in the 1990s while Indonesia's figures were respectively 0.5 and 1.9 million hectares per year.
•Primary forests account for 36 percent of total forest area but have decreased by more than 40 million ha since 2000. This is largely due to reclassification of primary forest to "other naturally regenerated forests" because of selective logging or other human interventions.
•The area of forest in national parks, wilderness areas and other legally protected areas has increased by more than 94 million hectares since 1990 and it now equals 13 percent of the total forest area.
•Forests are among the world's chief carbon sinks. They store some 289 gigatonnes (Gt) of carbon in trees and vegetation. The carbon stored in forest biomass, deadwood, litter and soil together is more than all the carbon in the atmosphere. Globally, carbon stocks in forest biomass decreased by an estimated 0.5 Gt a year in 2000-2010, mainly due to a reduction in total forest area.
•Fires, pests and diseases are causing increased damage to forests in some countries. On average, one percent of all forests was reported to be significantly affected each year by forest fires. Outbreaks of forest insects damage some 35 million hectares of forest annually. Extreme weather events such as storms, blizzards and earthquakes also took a heavy toll in the past decade.
•Seventy-six countries have issued or updated their forest policies since 2000 and 69 countries - primarily in Europe and Africa - have enacted or amended their forest laws since 2005.
•Data collection for the Global Forest Resources Assessment is becoming more comprehensive and precise. New data and additional information on afforestation and on natural expansion of forests for the past 20 years has made it possible to estimate rates of deforestation and loss from natural causes more accurately. The new global estimate for 1990 to 2000 (close to 16 million ha per year) is higher than previously estimated (13 million ha), because it now also includes deforestation within countries that have had an overall net gain in forest area.
•A remote-sensing survey of forests, led by FAO, sampling some 13 500 sites over a period of 15 years, will provide even more accurate data on global and regional rates of deforestation by the end of 2011. 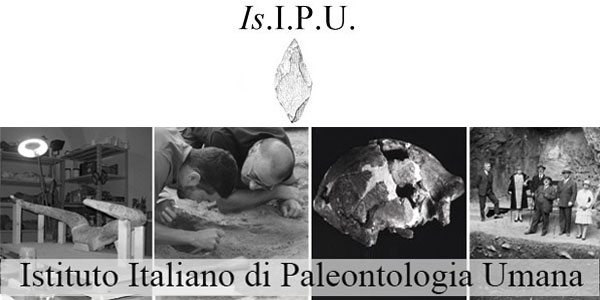 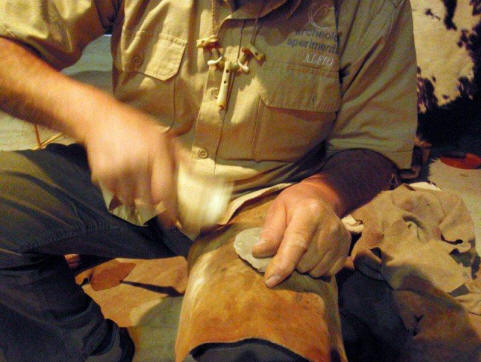